When I wrote about Black Hat Oculus at the beginning of the month, I loved the concept, but was not a fan of the game’s weird, headache-inducing visual style. That’s why I was happy to read about Clandestine today. It offers the same agent-and-support co-op gameplay in a much more realistically rendered setting. No, it’s not designed solely to take advantage of VR’s opportunities, and while that may reduce the cool factor, it does make it much more accessible. 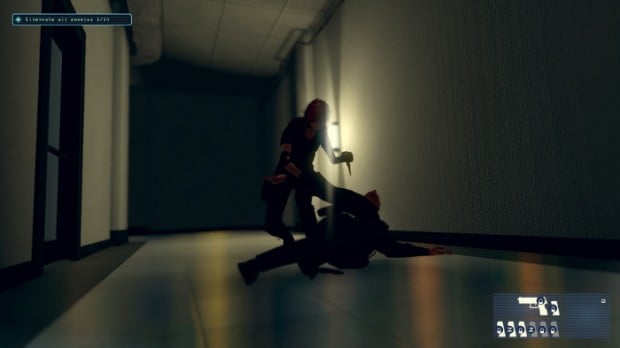 One player is sneaking around doing cool spy stuff like choosing her equipment, neutralizing guards, and gathering intelligence while the other is hacking security systems, arranging for equipment caches to be placed, bribing guards, and performing other tasks that the spy needs to survive. Co-op games are fun, and I feel like Portal 2 opened the floodgates for asymmetrical co-op games. I think it’s more interesting when each player is doing something different, rather than just running through the game together shooting in the same directions.

Clandestine is on Steam Early Access now, so if you’re itching to play it, just go do it.