Video game DLC is rampant these days with game developers sometimes launching add-on packs and items the day the video game launches. That always irritates me because it seems like that content should be included with the game I just spent $60 on. 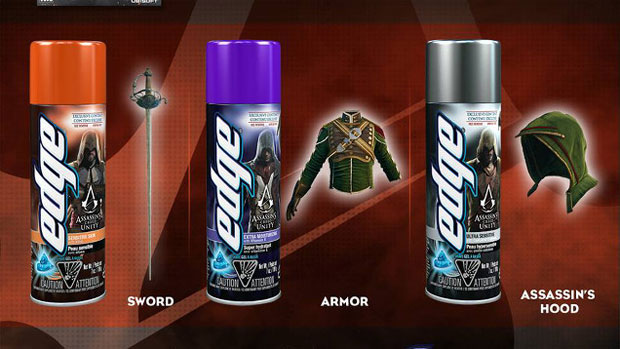 Fans of Assassin’s Creed Unity will be able to get their hands on some DLC in an unlikely place, a can of shaving cream. Edge shave gel is doing a marketing tie-in with the developers of the game and offering limited-edition cans of the shave gel with each offering a different free DLC.

There are three items available including a sword, armor, and an assassin’s hood. The game launches this month and this is a clever way to get gaming geeks to still purchase shaving cream during No Shave November.