Keyboard Replaces Letters with Pokémon: I Choose “U”

I have seen some strange keyboards over the years from gaming units that allow you to replace the entire key tops with keys specifically for certain games to keyboard with no letters printed on them. A new custom keyboard has turned up that is stranger than all of those. 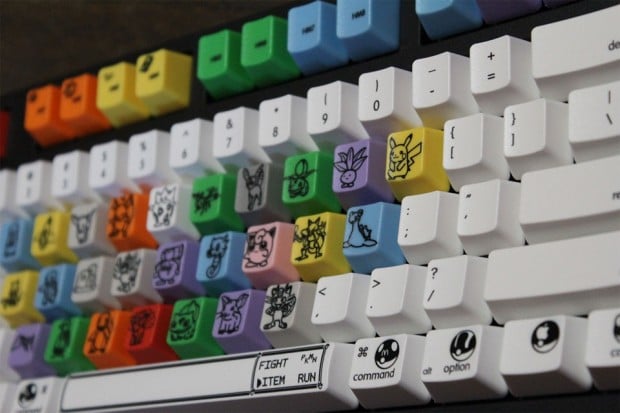 This keyboard by Ingrid Pierre has had the letter keys removed and replaced with colored keys with little Pokémon images on them. I certainly don’t know all my Pokémon, but the ones on the keys apparently go with the letters they replace.

The only one I know for sure is Pikachu. The number pad has a Pokeball used to catch them in the game and some of the other keys have game related functions on them. Ingrid has been kind enough to upload a design template on her Behance page if you’d like to make one for yourself.