I’m not a huge fan of Mountain Dew in its normal flavors. I do however know a lot of people use Dew to power their late night gaming marathons, and I am cool with that. Apparently, the folks behind Mountian Dew were testing a new flavor at Kent State University in Ohio. 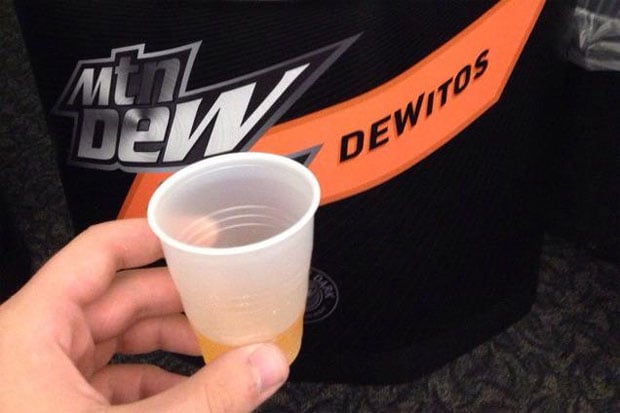 The test was for what may well go down in history as the dumbest flavor for a drink ever. It’s called Dewitos and its flavored to taste like Doritos chips in a drink. One person who tried it says it tastes like liquid cheese. This is the kind of stupid stuff that happens as the result of Pepsi and Frito-Lay being owned by the same company. 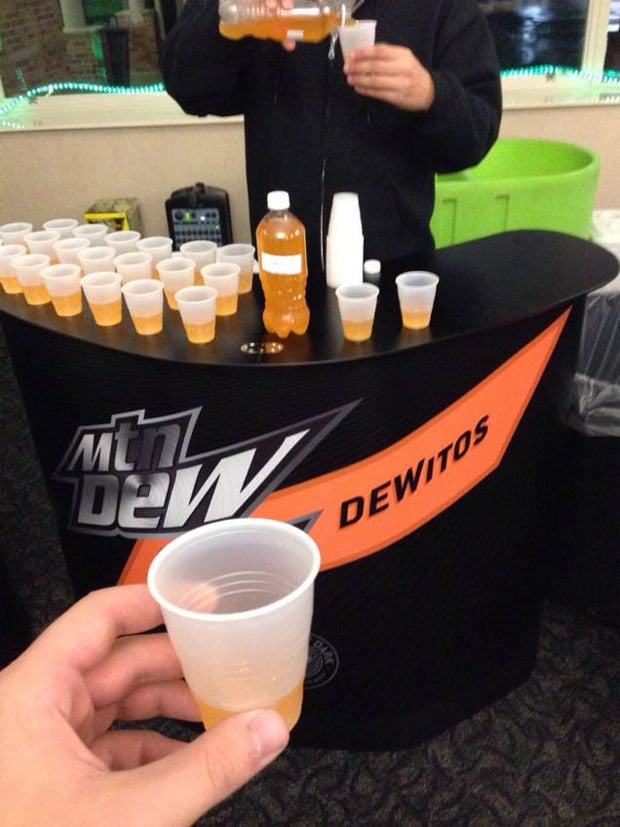 I have to wonder if this is some sort of psychological experiment to see what college students will try if it’s offered for free. I certainly hope they aren’t really bringing it to market. Other flavors being tested included Lemon Ginger and Mango Habanero. I’ll stick with Dr. Pepper thank you. 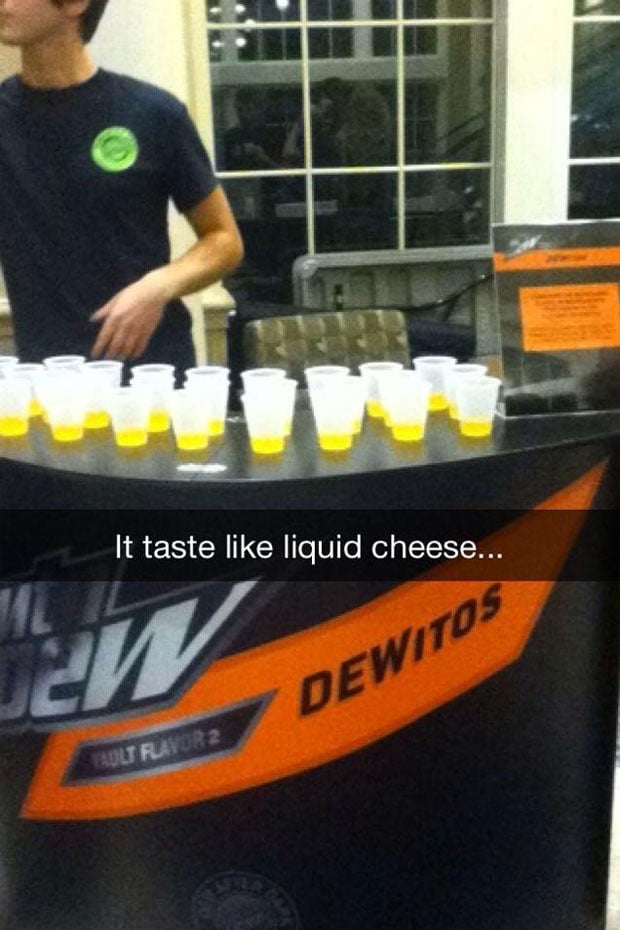