iOS 8 Translating Keyboards Save You a Trip to Google Translate

A new type of third-party keyboard for iOS devices let you translate text while you type. At least one keyboard, Slated, uses Google Translate, so don’t expect the translation to be perfect. But it can be still extremely convenient for both business and personal purposes. As with many new iOS add-ons this isn’t news for Android users, as they’ve had keyboards like this for a while now. 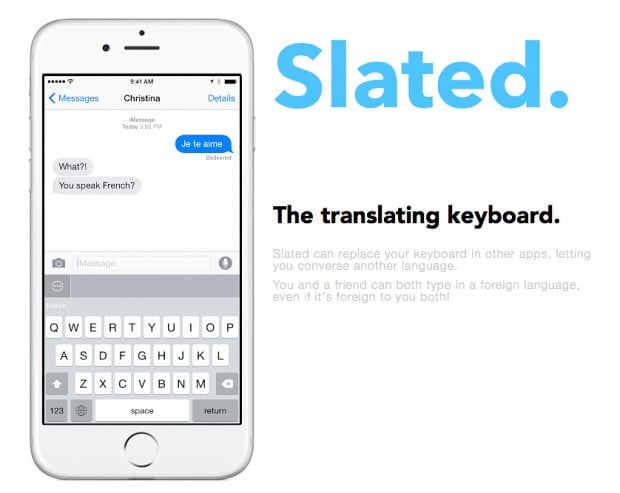 You can watch a brief demo video on Slated’s website or on this unofficial mirror by iSpazio:

Slated is available for $2.99 (USD) on the App Store, but before you buy it check out the reviews. As of this writing several users are claiming that the app has stopped working. Fortunately, there’s another iOS 8 keyboard called Translator Keyboard that does the exact same thing, though its interface is a bit unsightly. 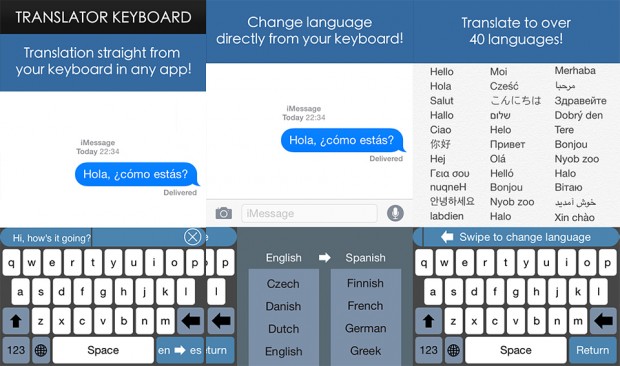 Here’s a brief demo of the app from appletips.nl:

You can download Translator Keyboard from the App Store for $1.99.