People in cars get a LOT of safety features that motorcyclists don’t have access to, like four-wheel traction control and a vehicle that doesn’t tip over without outside intervention. Airbags, however, are something that professional motorcycle racers have had for a few years now. Luckily for everybody brave enough to straddle a bike but not crazy enough to do so on a race track at 175 mph next to twelve other guys doing the same thing, Alpinestars has been working hard on a version of the tech for the street. 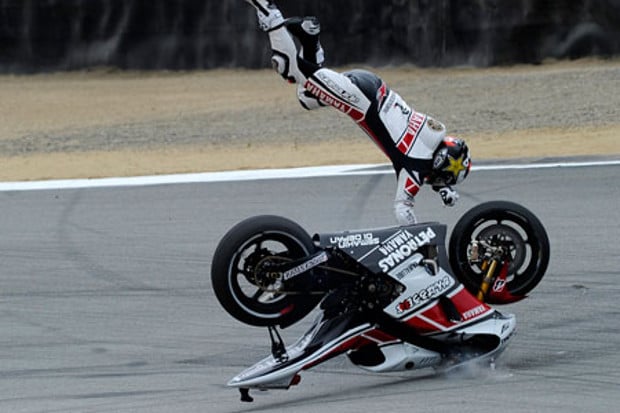 Basically, when the sensors in the rider’s jacket detect the beginnings of a crash, low profile airbags deploy and cushion any potential impacts. The fact that they’re low profile is important as well, since they do no puff up so much that the rider can’t continue controlling the bike. The idea is to add padding, not to turn dudes into the Michelin man. This tech has kept people who crashed at really insane speeds alive and unharmed in top level motorsport, and I think it’s a really, really good thing to see coming to the street.

Just remember, “all the gear all the time” because you never know when someone is going to ram a Ford Flex into you because he was busy sexting.