Last year Redditor Brandon aka XsimonbelmontX made a Fallout-themed Monopoly set as a birthday gift for his wife. He was so touched by the reception that he got online that he was motivated to make another board game. This time he went all out and made an original game, an old school Castlevania adventure RPG. 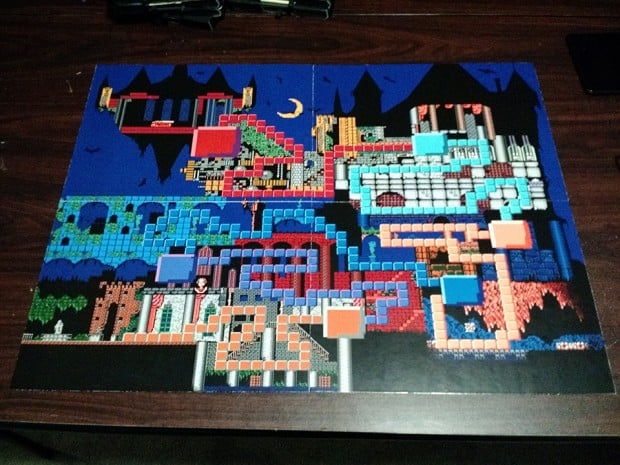 Brandon’s game features 11 characters from the series, each with their own weapons and abilities. In the game, players have been cursed and will die unless they gather the five parts of Dracula’s body from all over the mansion, put him back together and kill him once again (and again, if needed, as there’s a chance that he’ll resurrect). That’s if the monsters in the mansion don’t kill them first.

Here’s a look at the game’s pieces:

There are so many things to love about Brandon’s game, from the diversity of both the characters and the enemies to the tension induced by the time-based curse and of course the random boss mechanic. Head to Brandon’s Imgur album and Reddit post for more on his game.