Game of Thrones fans will recognize this diorama straight away. It’s the Wall and Castle Black from the popular HBO series. The massive snow and ice construct from the series was recreated here with lots of white bricks. 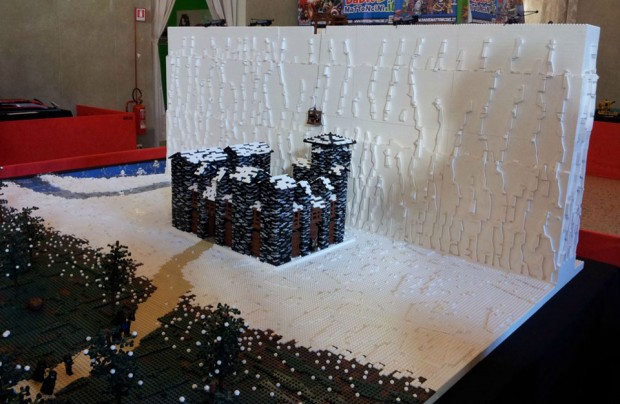 I don’t know exactly how many white bricks it took to build this, but I would guess all of them is about right. In the center of the wall is the lone wooden door and a knight on a horse is trotting out to the North to his demise. 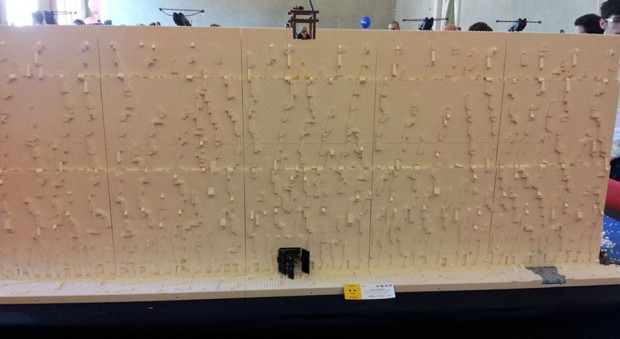 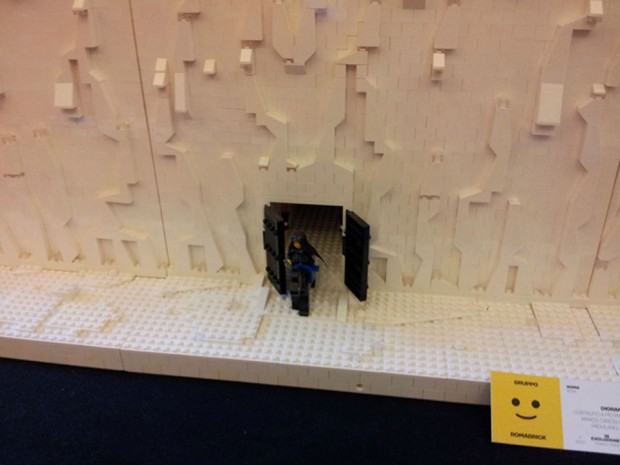 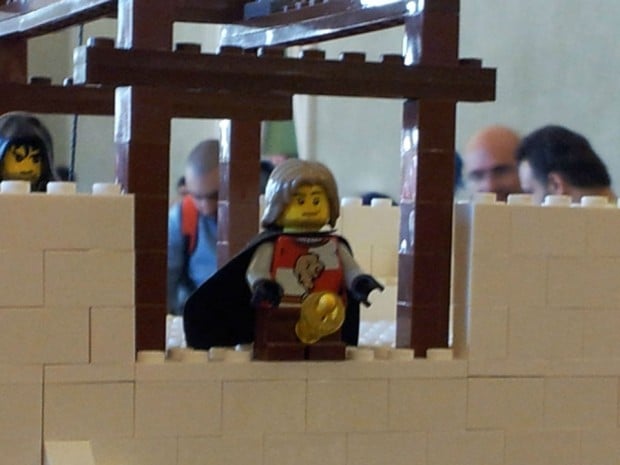 Up on top of the wall you see a minifig of Tyrion Lannister with his LEGO Johnson out peeing off of it. That is a great touch. The LEGO wall was built for a convention of some sort in Italy. Not only was the Wall on display, but the entire continent of Westeros was represented. 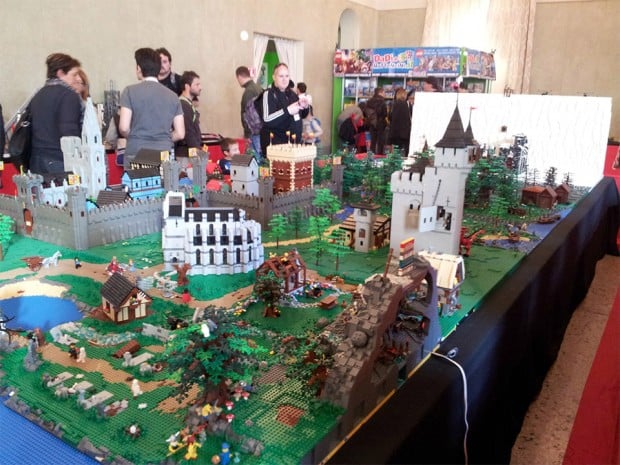 [via Imgur via Kotaku]