Remember the days of Game Genie and Gameshark? It was so awesome to be able to cheat and have superpowers or extra lives. Just add the adapter onto the cartridge and enter some codes and just like that you hacked the game. Well, I bet you’ve never played Mario 64 like this. 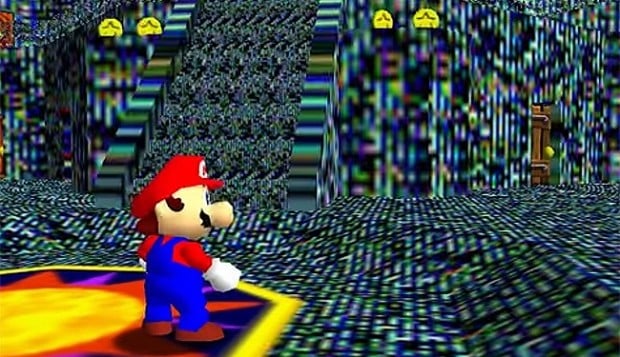 Kaze Emanuar created a version of Mario 64 that loads in a constant barrage of Gameshark codes as you play. The result is insane, often creepy and always chaotic. Hilarious too. Basically it’s the Mushroom Kingdom on  LSD.

The videos are from YouTuber VineSauce and TheRetroShowcase playing Super Mario 64: Chaos Editon. I want to play this so bad, but it is a joy to simply watch the insanity. You can download the mod here (at least until Nintendo yanks it down).