PianoArc Round Keyboard: Music is a Flat Circle

Brockett Parsons plays keyboard for Lady Gaga, who is as famous for her outlandish outfits as for her songs. Brockett wanted to get in line with his star and be an eye-catching performer on his own. Brock’s guitarist friend suggested that he build a circular keyboard. The PianoArc is the result of that bizarre idea. 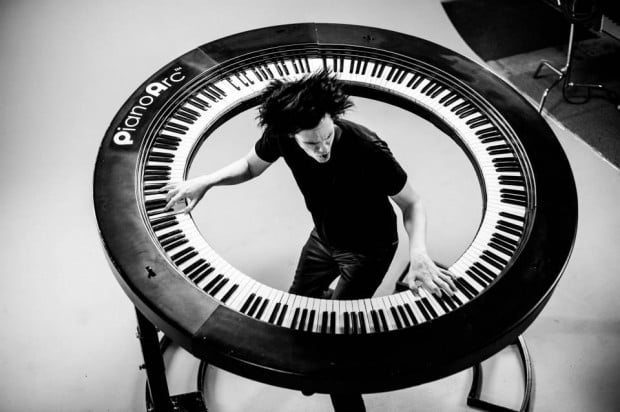 The PianoArc consists of three 88-note USB MIDI keyboards, shaped in such a way that they form a 6ft. circle when put together. The stand’s height and tilt are adjustable to make it easier to get inside and have all the keys within the player’s reach. Here’s Keyboard Magazine’s interview with Brockett and the other minds behind PianoArc:

Yep, you can have two (or perhaps even three) people inside it at once:

Head to PianoArc’s website for more info and to request a quote.