This Robot Does the Crane Kick

Remember the famous crane kick from The Karate Kid movie? Well, check out this robot’s pose. It took Ralph Macchio a while to get it right, but the guys at Boston Dynamics have trained this robot to be a karate champion – and he probably picked it up much faster than Macchio. 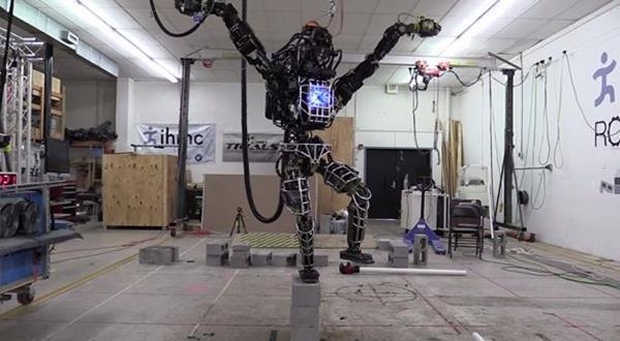 Okay, so Atlas doesn’t do the jump, but he does balance himself on one foot while bringing his arms up in the pose. Plus, it gets points just for being scary while doing so. I would not want to be kicked by this robot. This exercise is just for fun. We hope.

Mister Miyagi would be proud. If he weren’t lying in a pool of blood in the corner of the robot lab.