I have a penchant for kitchen gadgets, even though I don’t know how to use most of them properly. Back in June, we covered an awesome kitchen gadget that I wanted pretty bad, that Star Wars X-Wing Knife block, but what kept me from pulling out the plastic was the place that had them was over in the UK. 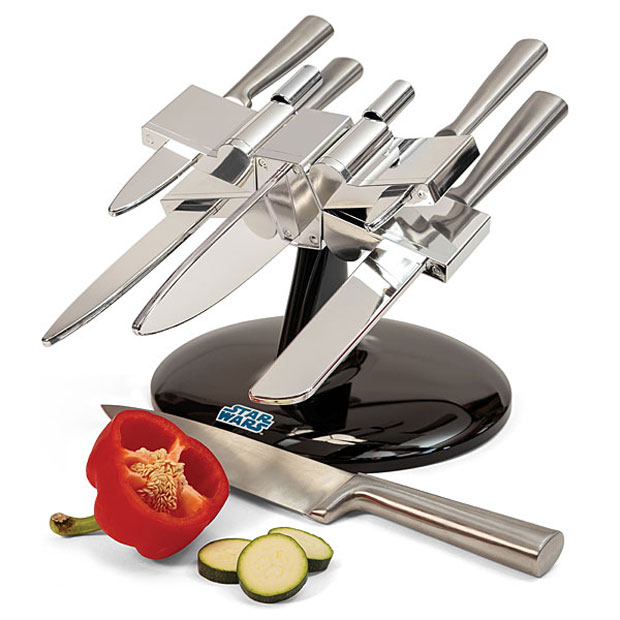 If you have ever waited (and waited and waited) to get anything shipped from overseas, you can understand my trepidation. The good news is that U.S.-based ThinkGeek now stocks the X-Wing knife block and it’s cheaper than the place that sold them overseas by nearly $20. You can get the X-Wing knife set for $99(USD). 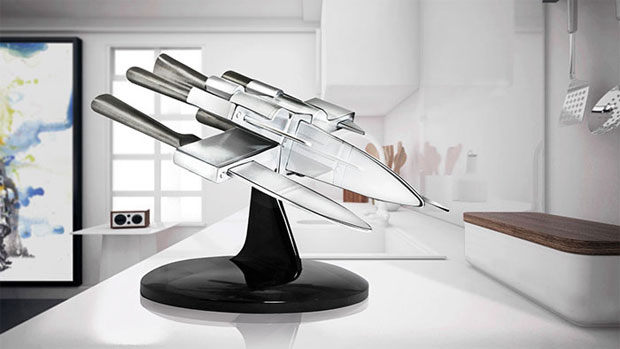 The set includes five knives including a cooking knife, bread knife, carving knife, utility, and paring. The X-wing holder for the knives is silver plastic. The base is weighted to prevent the block from tipping over.