Imgur user Thomas Richner had a few cardboard boxes lying around in his basement. Instead of simply throwing them away, the teacher and animator decided to bring back one of his hobbies as a kid: making scale models of the Millenium Falcon. Young Thomas would be so proud of you man. 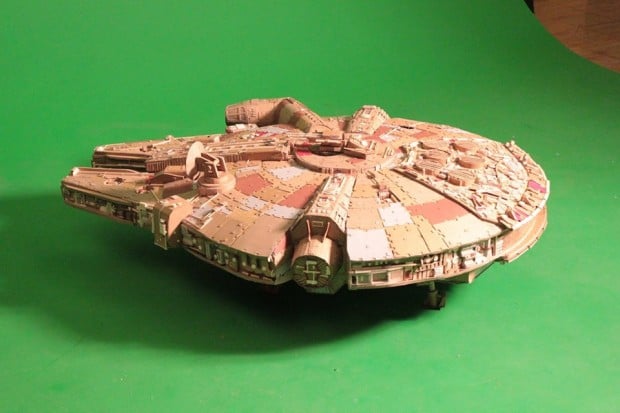 Thomas’ scale model is 5ft. long and is made almost entirely of the aforementioned boxes, save for a bit of balsa wood along the ship’s hull. Aside from the numerous panels and details on the ship, it also has retractable landing gear and a detachable radar dish. After a total of 140 hours of work, Thomas took the finished model to his school’s green screen set for a photoshoot. Check out Thomas’ album for more:

She looks like much and she’s got it where it counts. I hope you come upon a landfill’s worth of cardboard boxes Thomas.