Ken Block is insane, anyone who has watched one of his Gymkhana videos would probably agree. Take Gymkhana Five for instance – that video was awesome with Block blasting through the streets of San Francisco in his racing car doing donuts and jumping. 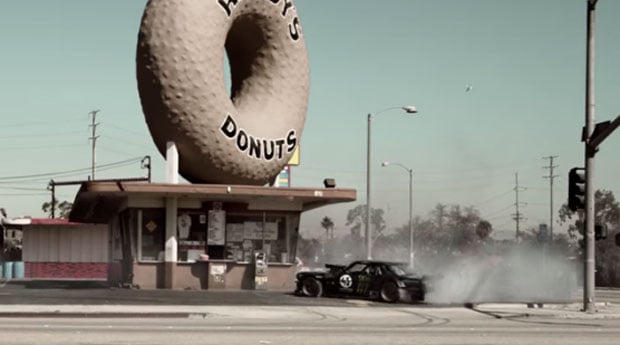 Gymkhana Seven has more in common with that video than some of the more contained driving environments. This time out Block is behind the wheel of a custom-built 1965 Mustang with over 800hp and all-wheel drive, dubbed the Hoonicorn RTR. If you are wondering, this is the first AWD performance Mustang around. Block proceeds to tear up LA (and numerous sets of tires) and do donuts around some of the most iconic landmarks in the city. Watch for the low rider in the video, that is my favorite part: