55-Story Tall Rollercoaster to Scare the Crap out of Floridians

I like rollercoasters well enough, but mostly I think I will die any second when I am riding them. Rollercoasters always remind me of being in a car wreck, at least that’s how I feel after riding some of the coasters at Six Flags here in Texas. Adrenaline junkies headed to Orlando, Florida will have a new rollercoaster to ride sometime in 2016. 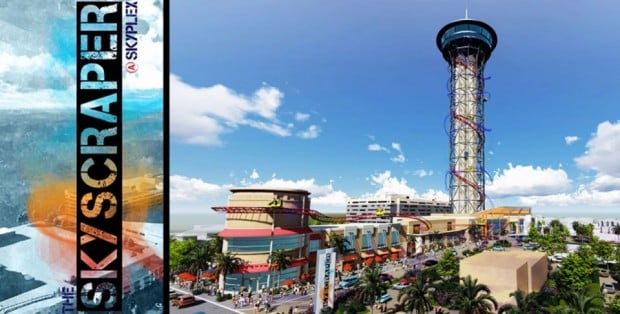 This coaster has laid claim to the title of world’s tallest, at least on paper. The coaster will be called Skyscraper and will be part of a larger complex called Skyplex. The mile-long coaster will loop and twist down the side of a 55-story tall tower.

The coaster will also twist around the Skyplex building as well. Riders will hit speeds of 65mph and the ride will last about three minutes. There will also be restaurants and retail spaces as well as a place to eat and an observation point at the top of the tower reached via a glass elevator.