Many of us take our Internet access for granted. But the information it holds can change lives and history for the better. A company called Outernet Inc. wants to make some of the most important information online out of the Internet and into its eponymous satellite network, so that people can access them without restrictions and for free. To further its goals, the company launched Lantern, a satellite receiver for Outernet. 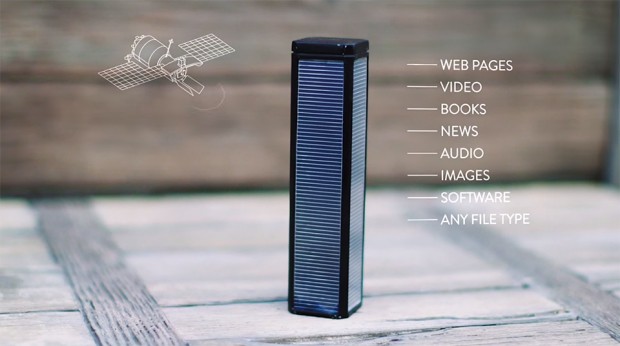 Before we talk about Lantern itself, it’s important to understand how Outernet works first. A simple analogy for its ideal setup would be a radio station. As long as you have a radio you’ll be able to receive the station’s broadcast for free. The same goes for Outernet, except it can cover the whole globe and its broadcast will be mostly crowd-curated. 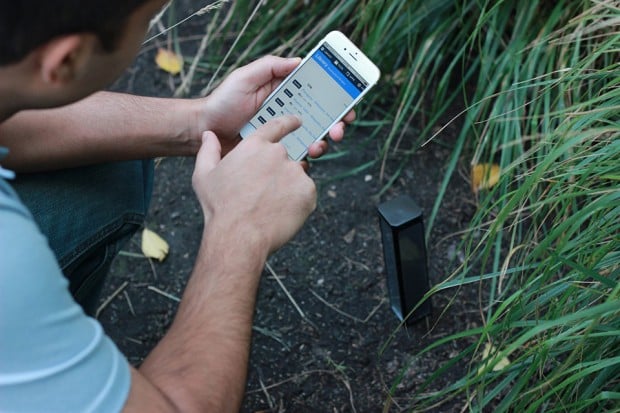 The idea is for people to request online content – for instance, articles from Wikipedia, books from Project Gutenberg or news on current events – that they’d like to access through an Outernet receiver like Lantern and any Wi-Fi enabled device with a web browser. Outernet will download and strip that online content into bare bones versions and store it into its servers. That archived data will be transmitted to one of Outernet’s satellites, which in turn will broadcast it as a radio signal that Outernet receivers can decode. All you have to do is log on to your receiver through your Wi-Fi enabled device and you’ll be able to browse Outernet’s archives. To counteract censorship, if one of Outernet’s frequencies ever gets jammed, it can switch to other channels and keep broadcasting data. 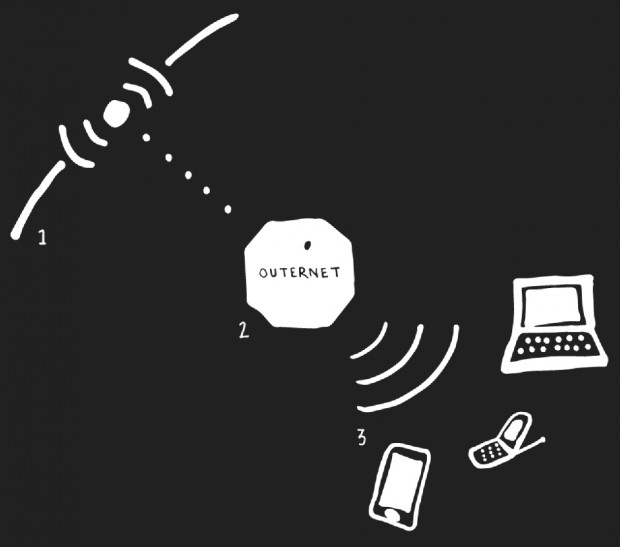 Now we can see that Lantern is a piece in a much larger puzzle, receiving Outernet signals across different frequencies. Lantern also has internal storage so you can view content even when you’re offline and solar panels to charge its battery if there’s no outlet nearby. It can also be used to charge other gadgets.

Pledge at least $99 (USD) on Indiegogo to get a Lantern as a reward. Outernet Inc. also set up a resource page for those that want to build their own receivers. Currently, Outernet has scripts to make a receiver out of a Raspberry Pi. There will also probably be other brands and types of receivers in the future, as hinted at in this video:

It all sounds too good to be true right? Particularly the free part. Outernet Inc. does have investors and partners, but it also plans to manage its costs in two ways. First, Lantern users will be able to download only up to 2MB to 100MB per day depending on the success of the Indiegogo campaign, but Outernet Inc. plans on scaling that up in the future. Second, Outernet accepts sponsored content, i.e. you can pay to have your content hosted on Outernet “and flagged as Priority”, whatever that means. I bet that will raise more than a few eyebrows, and it remains to be seen how that can be abused. Overall I remain hopeful for the success of Outernet, because – for now at least – it presents an open platform for preserving and sharing information, and there are few goals more admirable than those.