We have seen automakers over the years create numerous concept cars that will never be seen in the real world, only in the digital one. Such is the case with a new car that Chevy has unveiled destined to be driven only in the PS3 game Gran Turismo 6. The car is called the Chaparral 2X Vision Gran Turismo or Chaparral 2X VGT for short. 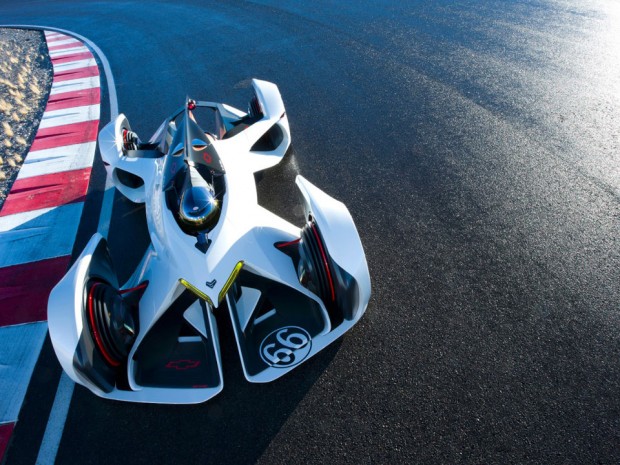 The car was inspired by the Chevy and Chaparral Racing cars that the two firms teamed up on over 45 years ago. It will be available this holiday season for gamers to download as an update for Gran Turismo 6. 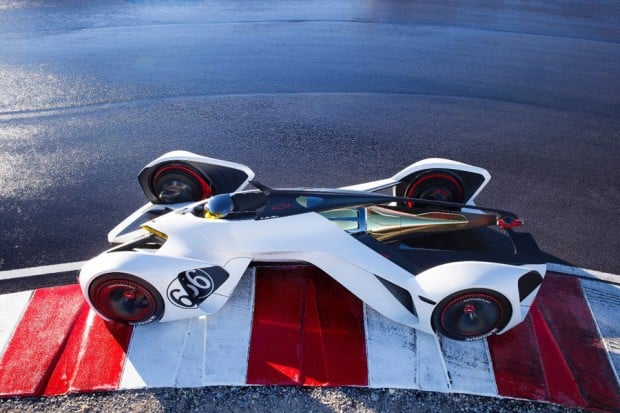 Since the car is a digital concept, it doesn’t exactly have to stick with normal propulsion. It features a 671-kW laser and lithium ion batteries. The generator produces 900hp and the car has a virtual top speed of 240mph and a 0-60 time of 1.5 seconds. The driver of the virtual car rides face down with legs behind him as you would on a motorcycle. 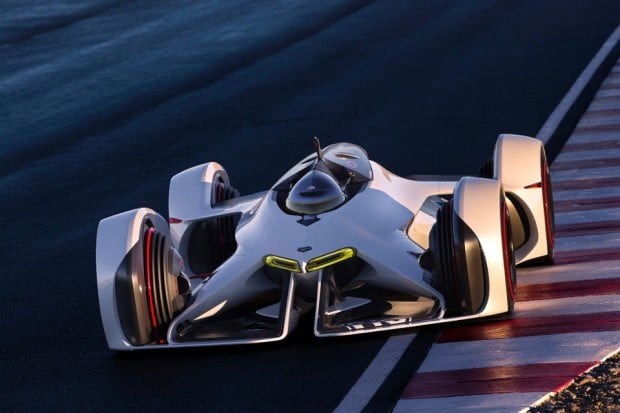 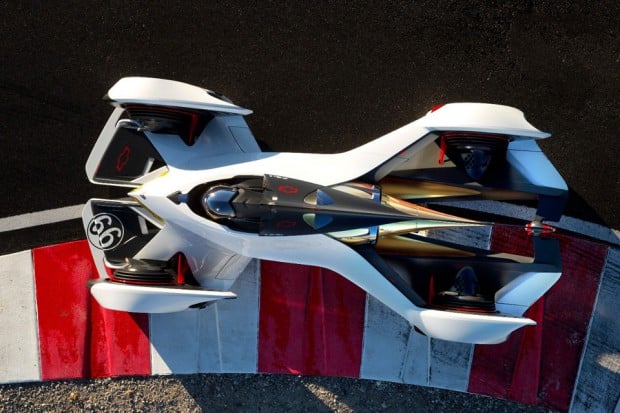 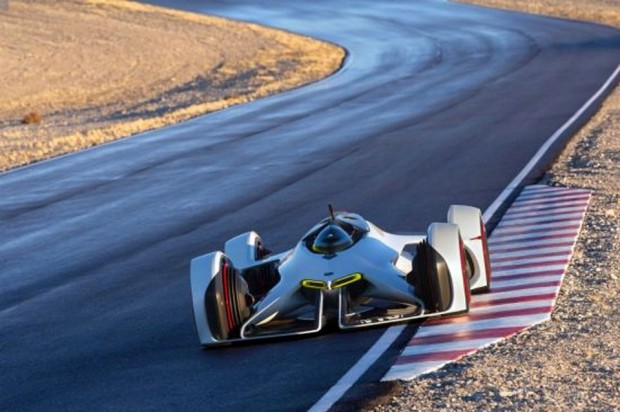