Director James Gunn really loves to share cool Guardians of the Galaxy stuff on social media. I don’t think I have ever seen a director who enjoys sharing fan’s expressions of his work more. Recently he shared this picture of a life-sized Groot swing on his Tumblr. 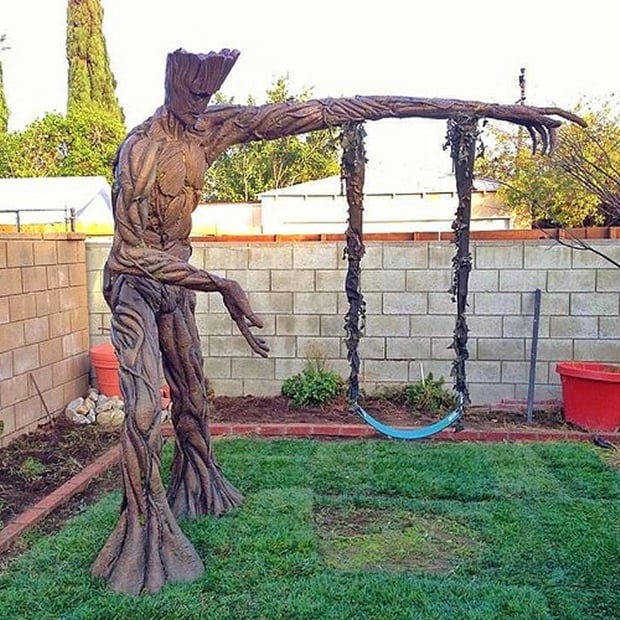 Some fans made this for their child, to be featured on an upcoming reality show called Super Fans, Super Builds. This is probably the coolest Groot creation I have seen yet. That is one lucky kid. He’s probably the star of his neighborhood now, with all of the kids asking to come over.

I am Groot!… and boy is my arm tired!

[via Yahoo UK via Nerd Approved]