Oooooooooooo which car has a windshield out of which you can’t see? SpongeBob Sienna! In a silly bit of cross-promotion, Toyota reverse-pimped its 2015 Sienna with a SpongeBob Squarepants theme. The Nickelodeon mascot’s face covers the front of the vehicle, while a huge bubble blower sits on top. The rest of the car is painted blue and yellow and there are blue LEDs beneath the car’s chassis. 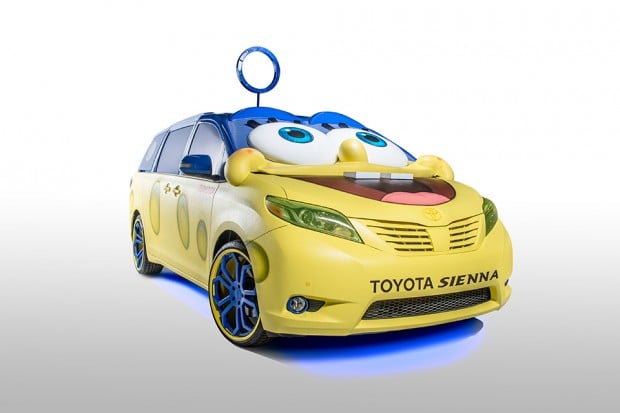 The minivan’s interior received a makeover as well. Each seat’s cover was designed after SpongeBob and his friends. The car’s interior and ceiling received an oceanic paint job while its floor has a sand gray carpet. But the best part of this mod is the steering wheel, which was replaced with a hilariously large ship’s wheel. There also appears to be an aquarium at the back of the car, which can be viewed through the rear windows. 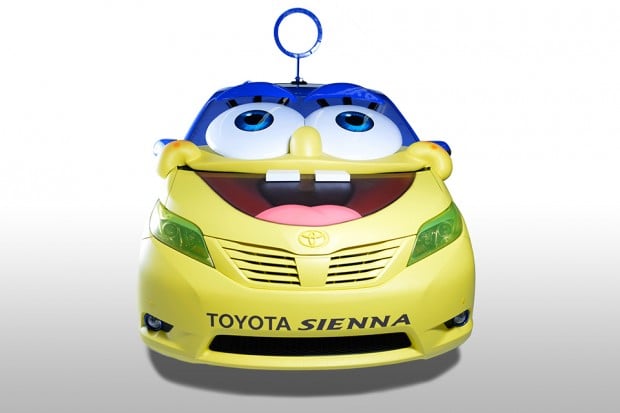 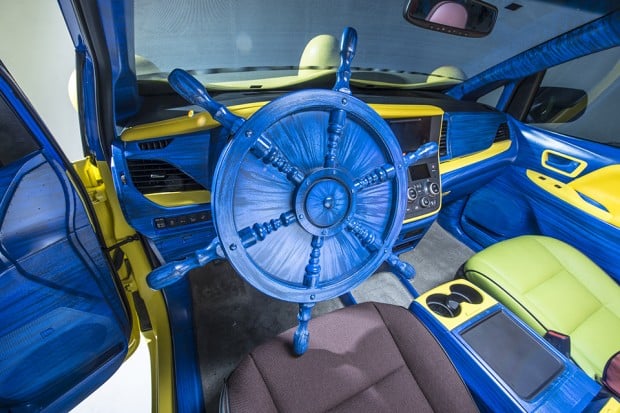 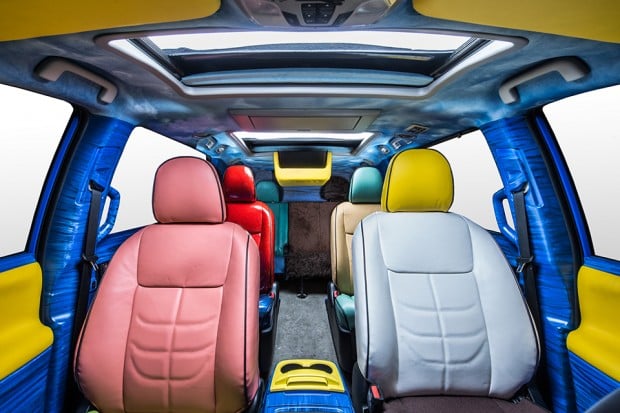 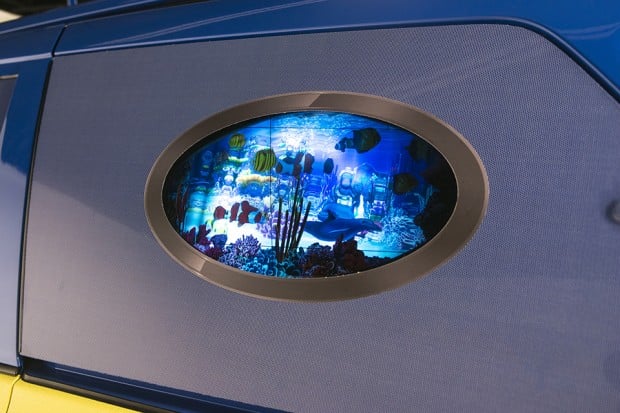 Mrs. Puff wouldn’t approve of this minivan at all. It will go on tour in the US to promote The SpongeBob Movie: Sponge Out of Water, which will be in theaters in 2015.