We’ve featured a record player made out of LEGO before, but that one was barely functional and resulted in a warped sound. This one made by Brickinside member Hayarobi is much better, because it can play at 33 1/3 rpm and 45 rpm. 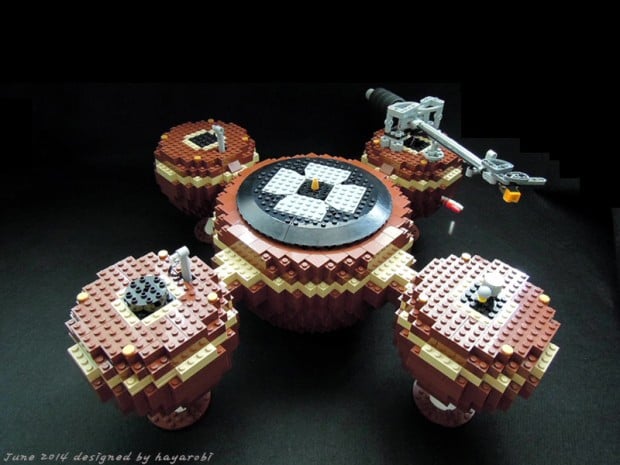 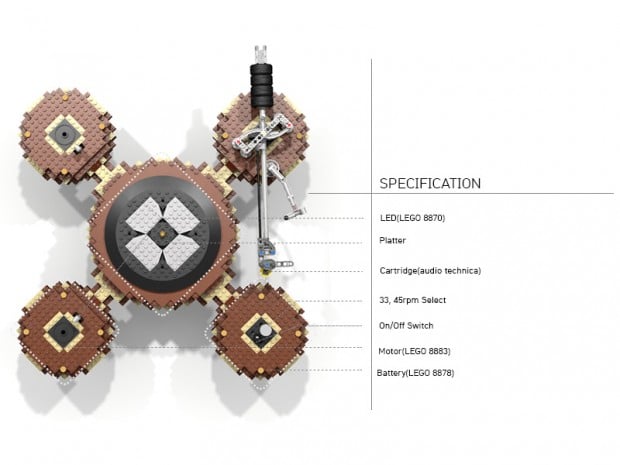 Not bad! Hayarobi also made a matching tube amplifier replica and vintage cases for his speakers. Here’s his retro sound system at the 2014 Brick Pop Art Exhibition in Seoul, as photographed by Flickr user LoctiteGirl:

Check out Hayarobi’s posts on Brickinside to see more of his creations.