Kids are always told not to play with their food, but Le FabShop’s Open Toys project might make adults give an exception to the rule. Open Toys are 3D-printed accessories that you can stick to vegetables, fruits and other soft objects into vehicles. 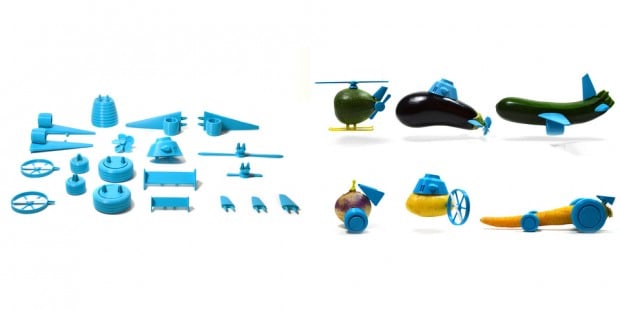 According to 3D printing community Cults, the project came about partly by chance. Le FabShop Creative Director Samuel Bernier originally conceived of the idea to attach 3D printed parts to wood, cork and other found objects. But while picking crops from a garden, Samuel thought that it would be easier if soft objects such as veggies and fruits were used as the base instead, because that would make it easier for kids to assemble toys. Le FabShop trainee Thomas Thibault eventually designed the finished accessories. 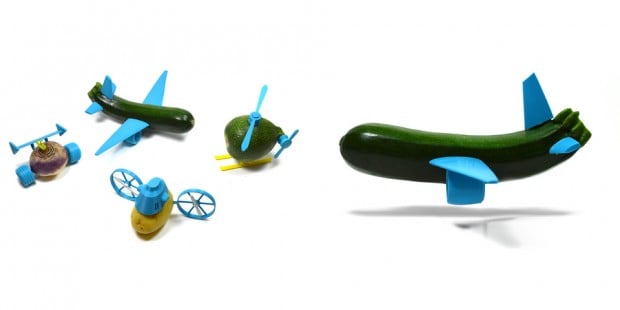 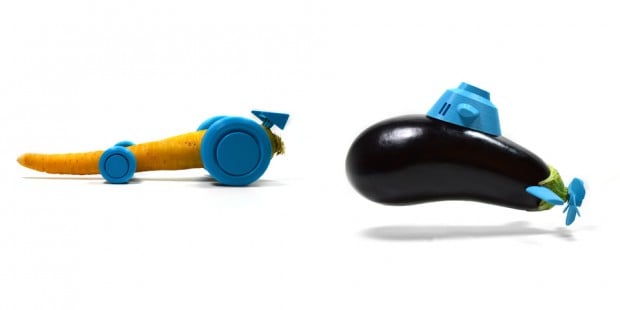