Omnipresenz Livestreaming Service Gives You a Human Avatar: The Epitome of Living Vicariously

A Spanish company called Omnipresenz is trying to come up with a revolutionary way of interacting with the world. Its eponymous service aims to let you see, hear and act through another person anywhere in the world. Omnipresenz avatars will be equipped with a head-mounted camera and streaming software so you can interact with her and the world around her online. It’s Twitch taken to its extreme. 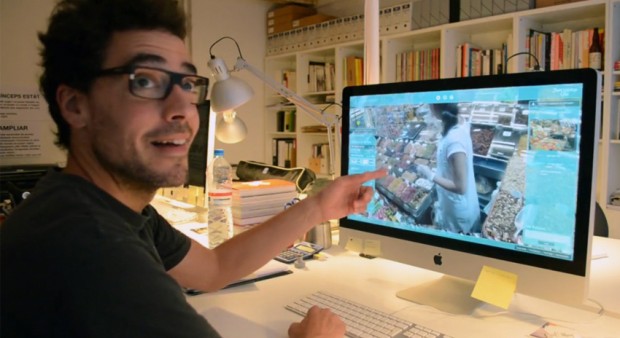 As I said, Omnipresenz works a lot like Twitch, except the avatar can move while she’s streaming. Using the Omnipresenz software, you’ll be able to chat with an avatar and have a say on her actions: where to go, what to do and so on. Naturally, you’ll be able to see and hear her surroundings from her point of view. 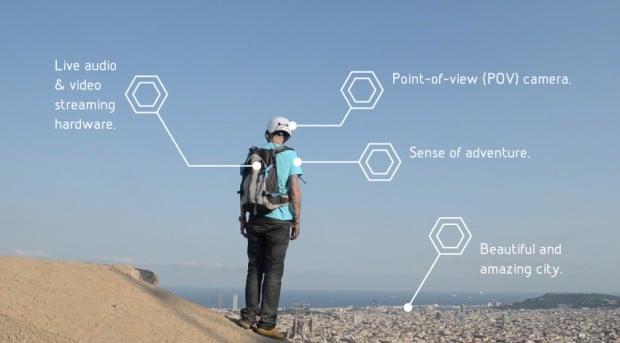 As with Twitch, your inputs will merely be suggestions. Avatars are not slaves, and they – hopefully – won’t blindly follow viewer requests. Besides, if you’ve been to Twitch then you know that even the modestly popular streamers have hundreds if not thousands of simultaneous viewers, so you won’t be the only one with a request. 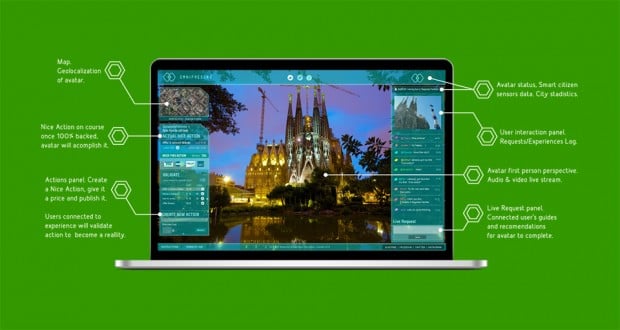 As you’ll see in the video below, Omnipresenz will also encourage viewers to perform good deeds through their avatars. Viewers can vote on good deeds that the avatar can perform and then pool their money to enable the avatar to act out those deeds.

Pledge at least €10 (~$12 USD) on Indiegogo to become an Omnipresenz beta viewer as a reward. That pledge will get you two hours per week with an avatar. Initially, Omnipresenz will only have a few avatars and only in Barcelona, but if all goes well it will surely expand to other countries. Perhaps someday even professionals or celebrities will be avatars. The company is also planning on enabling avatars to capture 360º videos, which viewers can check out on a virtual reality headset for the ultimate immersive experience.

There are so many ways that Omnipresenz can go wrong. Twitch users – heck, anyone who’s beholden to an anonymous crowd – sometimes endure unfair criticisms and prejudice, not to mention the juvenile remarks that has become par for the course on the Internet. Then there’s the potential for addiction. Why bother struggling with your mundane existence when you can go online and “be” anywhere and anyone with just a few clicks? When you can live your idol’s life and even possibly tell her what to do? That may seem absurd to you, but that is a legitimate allure to many people.

But I believe that the potential benefits of Omnipresenz far outweigh its drawbacks. As the company itself said on its website, mobile livestreamers can not only be interesting or convenient – they can be life-changing. You can hire avatars to scope out potential travel spots. To watch a concert, a sporting event or any other live performance. To report on current events from a citizen’s perspective. To engage with your loved ones or help strangers thousands of miles away. To go to class for you. Just kidding. Actually I’m sure that’s going to happen. The point is this is exciting and awesome. I’m not sure if Omnipresenz will be the one to nail its execution, but I sure hope it becomes real.