Hacker Jeroen Domburg recently bought a LED-backlit computer keyboard, specifically the Cooler Master Quickfire Rapid-I. When Jeroen showed off his new keyboard to his coworkers, one of them joked that he could play the classic mobile game Snake on it. Challenge accepted. 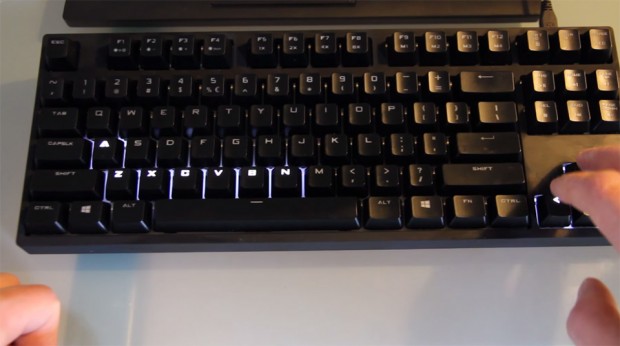 Fortunately, the keyboard had its own processor and enough memory and RAM for Jeroen’s game. Jeroen then hacked into the keyboard’s firmware and voila:

Slither to Jeroen’s website SpritesMods for more on his hack.