Minecraft Star Wars Skins: May the Blocks Be with You

Minecraft is a really cool game that has always reminded me of virtual LEGO bricks. You can build pretty much anything you can dream up in the game. In fact, we have seen Minecraft players make some very cool Star Wars scenes in the past, such as the Death Star Trench run.

If you want to make your own Star Wars Minecraft scenes, things have just got a lot more awesome for you. A full skin pack is now available for download that includes a hoard of Star Wars skins, including the most popular characters. 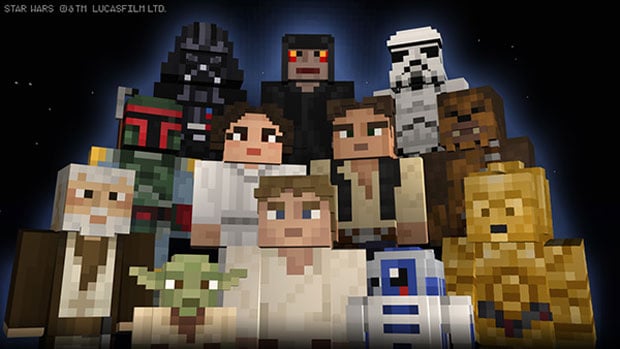 You can have Yoda, C3-P0, R2, a Stormtrooper, Darth Vader, Obi-Wan, Luke, and even Chewie among others. The Star Wars classic skin pack is $2.99 and available for now only on Xbox One and Xbox 360. Here’s hoping it comes to PC and PS3 gamers at some point.

Check out the list below for all of the skins you get: