If your cat is a cat, and your cat almost certainly is, it almost definitely doesn’t like having its ears touched in any way. After all, cats use their hearing to constantly survey their environments and position their ears for communication. In that light, I can definitely see why the average cat might not be cool with weird crap messing with its ears. This cat, however, actually looks pretty cool about wearing a hat that constricts its ears. That’s probably because it’s an awesome crochet fantasy viking helm, complete with ridiculous and wonderful Wagner-esque horns. 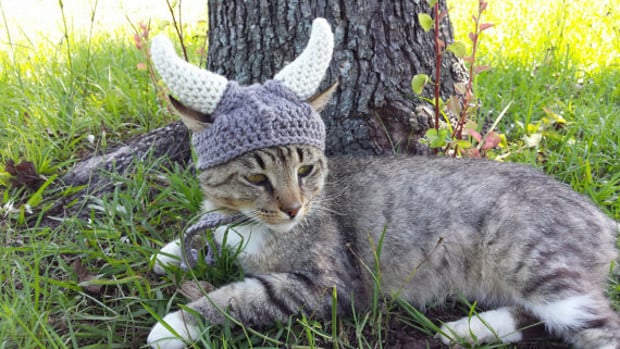 It sold for just $32.60 (CAD) (~$29 USD) from iheartneedlework on Etsy. While the boat has sailed for this particular hat, and its proud new owner probably tore it to shreds in roughtly 7.336 seconds, iheartneedlework has many other designs up for sale, and I’m sure Meredith, the hat’s creator, would be willing to recreate the viking helm for you, should you promise to give her $29. People tend to be very agreeable once you offer them money. 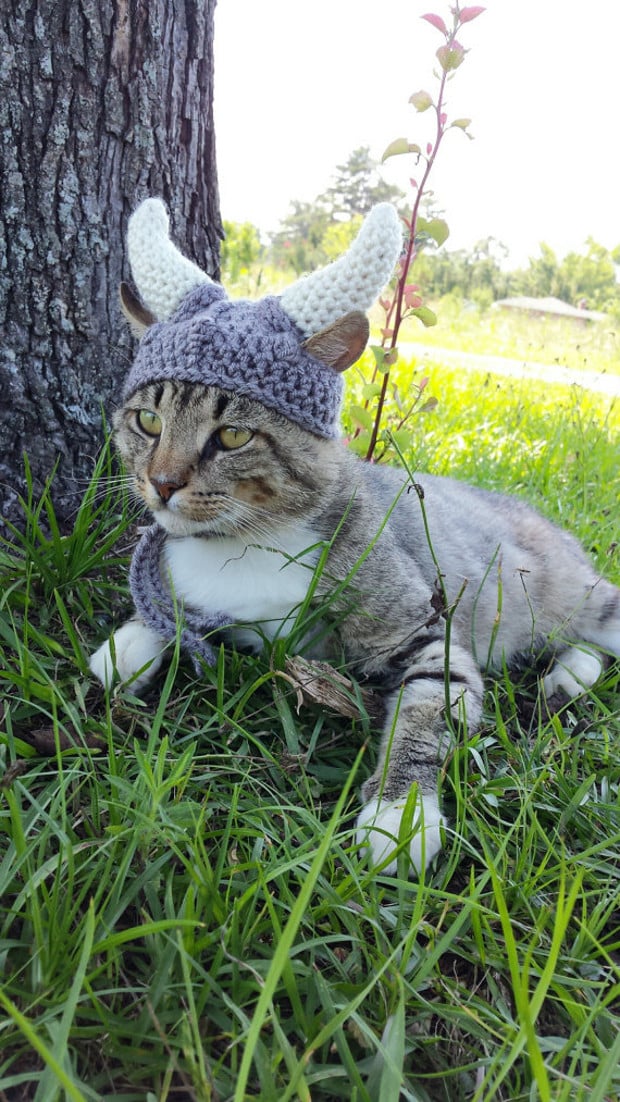 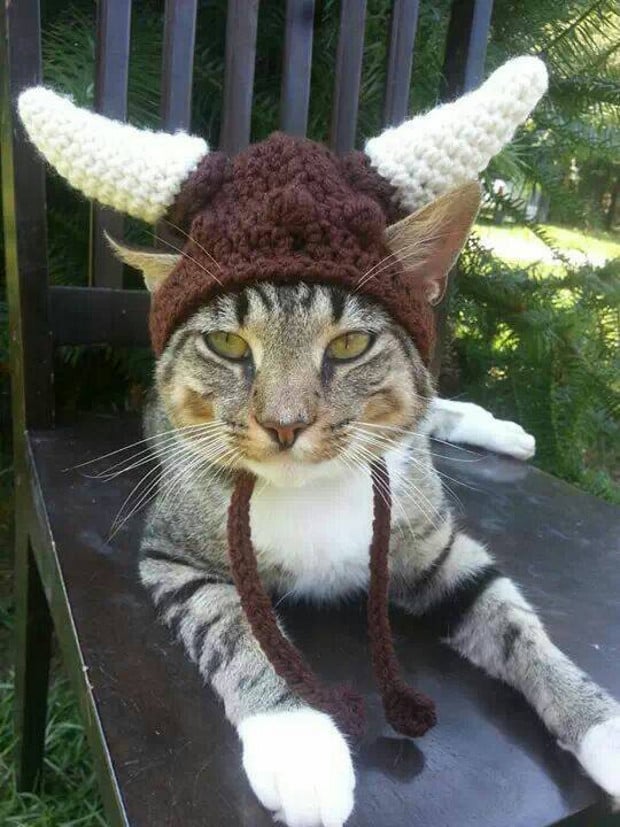 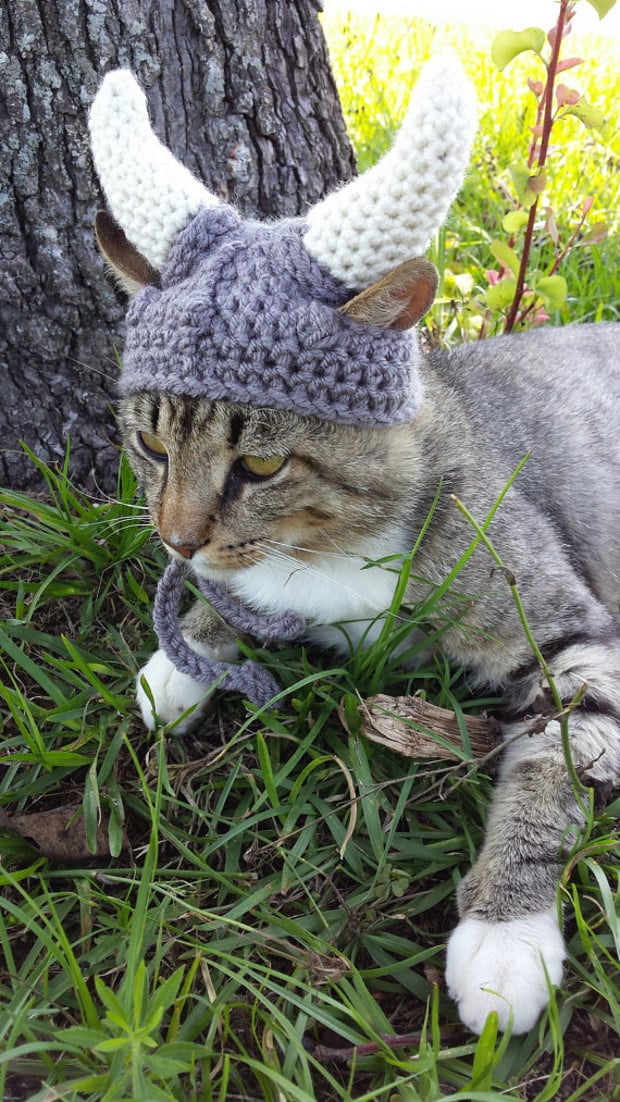