LEGO is a magnificent invention, and one of the coolest toys in the world. The little brick can deliver the most pain known to man when you step on one, and be used to build just about anything in any size you can imagine. 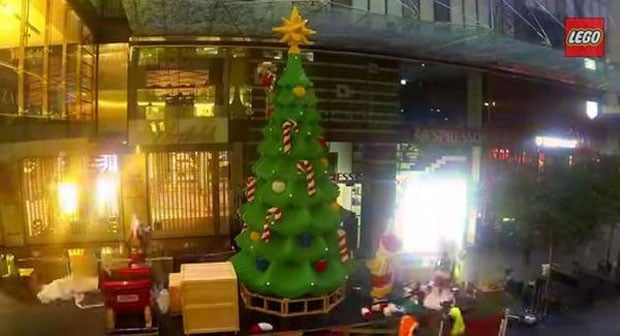 In Australia, a group of LEGO geeks built a giant Christmas tree out of LEGO and Duplo bricks. They were kind enough to make a time-lapse video so we can watch the build.

The finished tree weighs over 3.5 tons. That is a lot of bricks. The blocky tree stands 32.8-feet tall, and is on display at the Pitt Street Mall until December 26, 2014. If you live anywhere near Sydney, Australia, it is certainly worth a trip to see. Check to the videos for more detail.

[via The Awesomer via Nerd Approved]