We’ve featured a variety of clocks made from hard drives. It turns out you can make a wristwatch out of a hard drive as well. Watchmaker Jean Jerome used the obsolete 1″ hard drive aka Microdrive as the base for his HDDWatch. 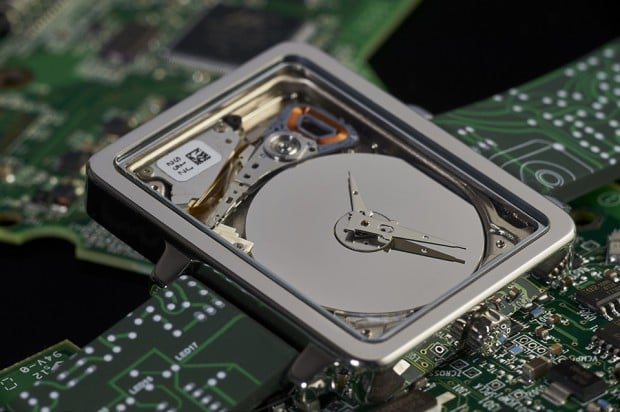 Jean got the idea for HDDWatch from a photoshopped joke that he saw in a watch forum. The image stuck with him so he looked for hard drives that would be small enough for the job. He settled on Microdrives, which are not only small but are increasingly becoming cheap due to their obsolescence.