Scott Beale over at Laughing Squid encountered something downright unsettling on a recent trip to London. No, it wasn’t a killer robot, but something else that is downright creepy. 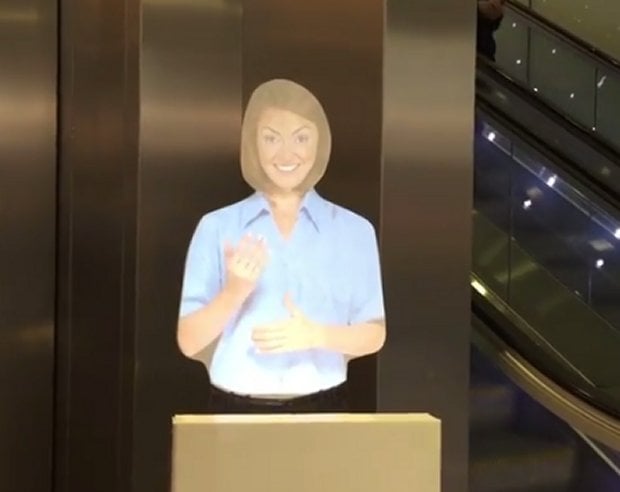 It was a hologram-like projected woman at the Kings Cross railway station, beckoning him to come closer. She waves, then points and gestures to come over. Oh poopy. This is the kind of situation where you just know you screwed up in some way and the illuminati are about to rub you out. They have chosen a holographic servant to either kill you dead or invite into a super secret meeting for some weird ritual, where you find out you are the chosen one.

That’s what Scott may have been thinking as he slowly walked toward it, gulping and adjusting his collar. But once a human approaches, she/it just politely instructs you not to take your luggage on the escalator.

The situation could have been much worse if this had been the illuminati, but it is creepy enough that these things exist and interact with us. The second video is a similar hologram type being he encountered in 2012. Soon these things will be everywhere.