This Aquarium Is in an Old TV, Looks Like Seinfeld’s Apartment

Remember those old TVs that were actual pieces of furniture in their own right? Well, no one is using those TVs anymore, so they are being sold for cheap since everyone has flat screens today. Matt Davidson got a hold of one of these old TVs and decided to do something creative with it. 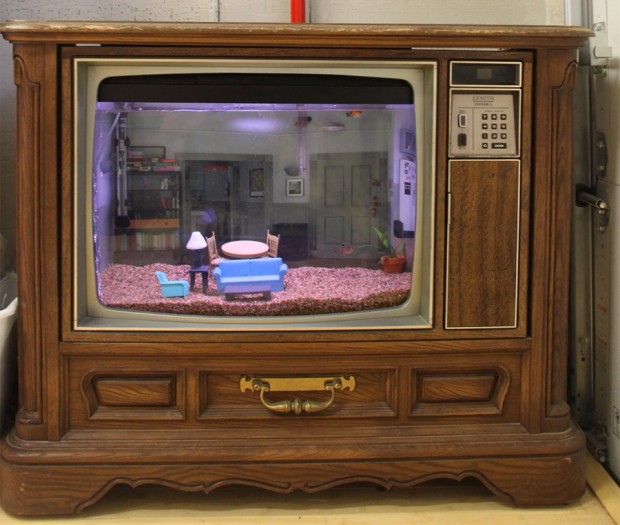 He used the old TV cabinet to enclose an aquarium, but that’s not all. If you are going to have a TV aquarium, it might as well look like it has something playing on the screen. So Matt made it exactly like Jerry Seinfeld’s apartment from the classic TV show Seinfeld!

Of course, the fish are named Jerry, George, Elaine, Kramer, and Newman. Newman. Apparently it only took a few hours of work, but he spread it out over a period of a couple of years. If you want to make one, you can see a step-by-step guide at Awesomeness Projects. It’s an aquarium about nothing.