Attendees of the 2014 Japanese pop culture convention Youmacon were greeted with one of the largest costumes I’ve ever seen. It’s a cosplay of Catbus, the Cheshire Cat-like creature from Studio Ghibli’s My Neighbor Totoro. Here’s deviantART member EmilytheNeko’s first hand account of the cosplay: “THIS CATBUS WAS AMAZING IT MOVED IT WAS HUGE YOU COULD CLIMB INSIDE IT OMFG” 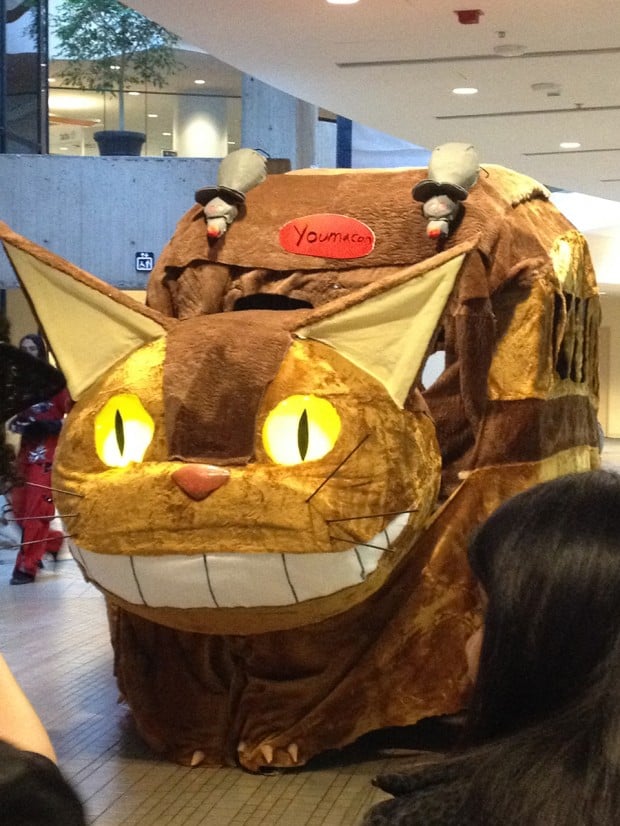 I love that its destination sign says “Youmacon.” Clever cosplayer.