Last October, we talked about WriteBoard, a concept for a touchscreen display that can stream its screen to mobile devices. Its fundraiser is a complete flop, but if you were hoping for such a device check out Smart Kapp. It’s a lot like WriteBoard, but its surface is actually a whiteboard. Then there’s the fact that it already exists. 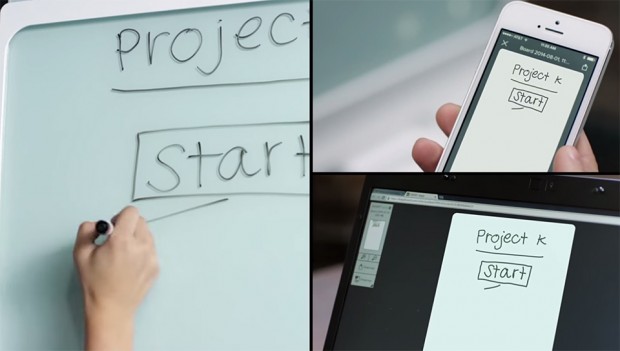 Smart Kapp can screencast to mobile devices and desktop computers. Both the presenter and the viewers can take screenshots of the screen at any time. Viewers can share screenshots with just a couple of clicks or taps, while the presenter will need a USB storage device to download screenshots saved on the board.

It would be nice if the board could open and screencast documents and media as well, especially when you consider how much it costs. You can pre-order Smart Kapp from Amazon for $899 (USD).