Guy Gets 203 Simpsons Characters Tattooed on His Back, One of Them Says “Ha-ha!”

Some people will go to great lengths to show their love for their favorite show and to get into the record books. Michael Baxter, 60, is a grandfather and a prison warden in Barwon, Australia. He hopes to win a Guinness World Record now that he has 203 characters that have appeared on The Simpsons tattooed on his back. That has to be a first. 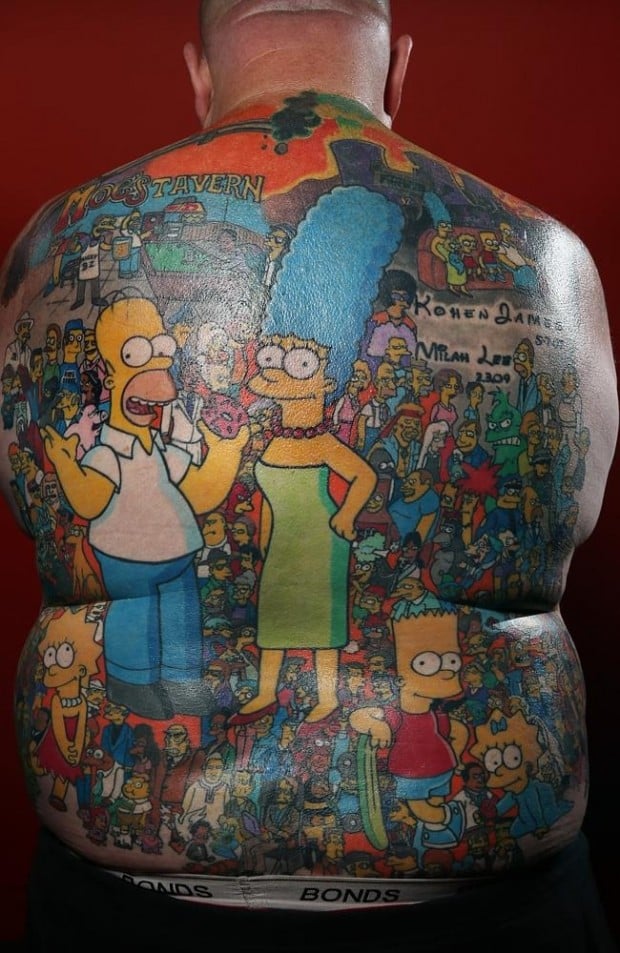 Baxter is obviously a super fan of the show. He got his first tattoo about a decade ago. And that wasn’t even a Simpsons’ character. But once he started with the Simpsons tattoos, he just couldn’t stop. At least he should be able to hold some kind of new record. 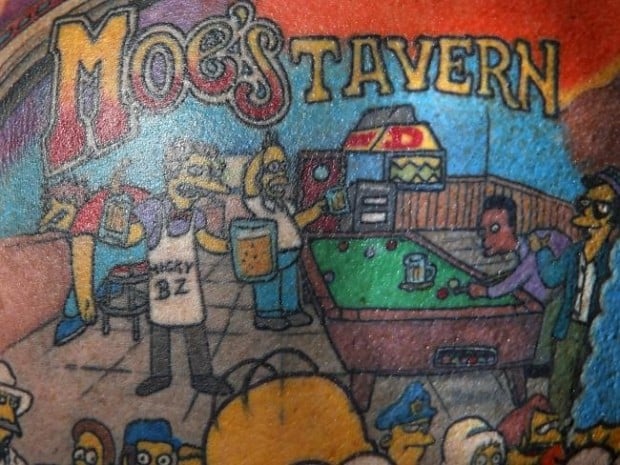 “It’s an addiction,” Mr Baxter said. “Once you get one you want more and more.”

“And why go small when you can go big.’’

I bet the creators find some way to work this guy into the show. I think he deserves it.

[via Herald Sun via Neatorama]