Nesting dolls are very cool; they originated in the 1890s in Russia. Later, they would turn up on someone’s grandma’s knick-knack table, and the rest is history. Usually a set of nesting dolls look like boring people, but not this set. They look like the characters from Adventure Time. If you have never watched Adventure Time, you are missing some truly algebraic action. 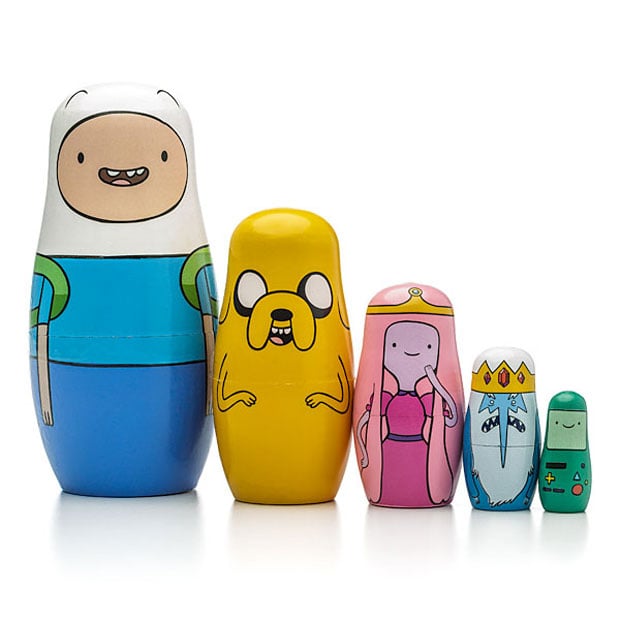 These wooden nesting dolls include Finn as the largest, Jake, Princess Bubblegum, The Ice King, and BMO. I think Jake should have been the largest of the nesting dolls. After all, he can make himself as gigantic as he wants.