You might not consider something that’s called a “Star Destroyer” as a symbol of eternal love. But that’s exactly how Star Wars fans Stephen Dempsey and his fiancé Amanda will remember the Imperial spaceship. Same goes for the parking lot where he proposed. Stephen created a scale model of the ship using LEGO and used it as the box to hold Amanda’s ring. 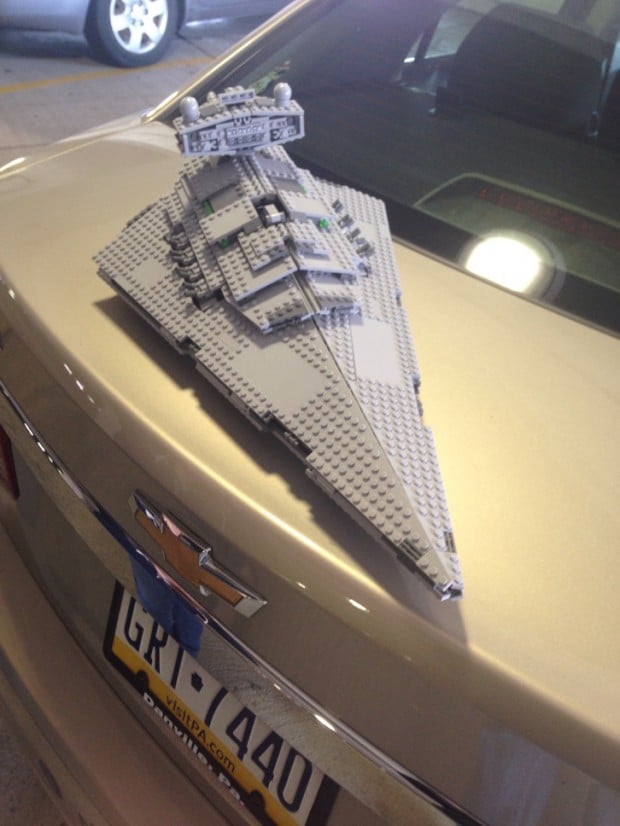 Speaking with The Daily Dot, Stephen said he originally wanted to present the ship and propose with a romantic dinner. But he didn’t want to risk damaging the ship until then, so he just popped the question at a parking lot. So why the Star Destroyer? Stephen explains, “I told her [Amanda] our love was like this ship and the people inside it. Its shields deflect and defend from any outside force wanting to get in and destroy us. Then I opened the star ship and there stood Darth Vader holding the engagement ring.” 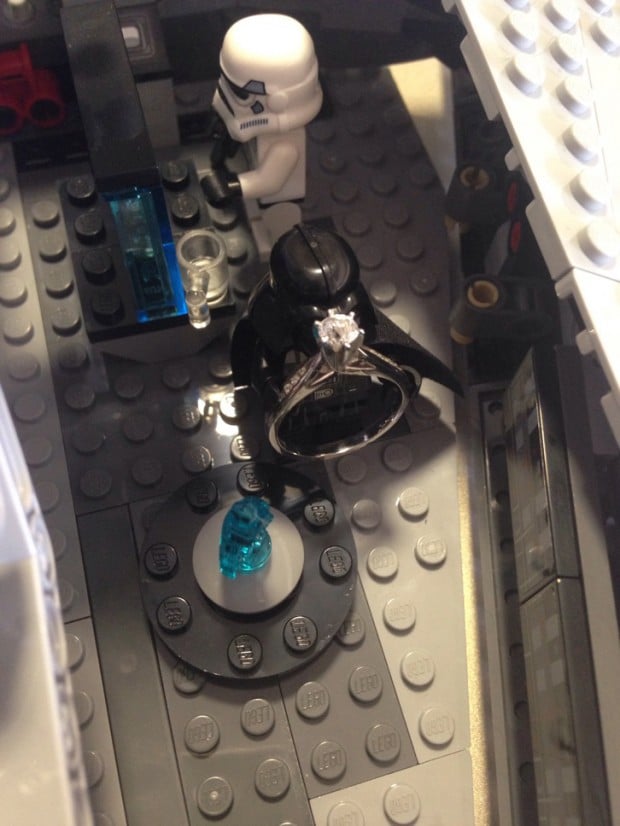 As for Stephen’s ringbearer of choice, he said that Darth Vader’s love for Luke is a great example of sticking to your loved one’s side no matter what. Stephen, I hope this doesn’t mean you’ll abandon Amanda for decades, then cut off her hand before revealing that you’re her husband. 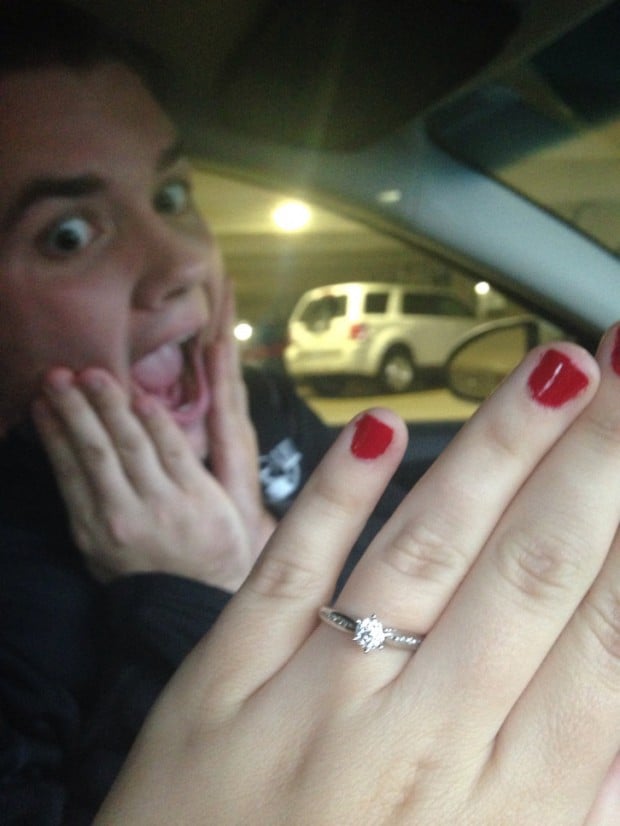 Kudos to Stephen for successfully pulling off a romantic Dark Side proposal. Check out Stephen’s Imgur page for more pictures of his geeky engagement project.

[via The Daily Dot via Mashable]