DC Comics has been releasing monthly themed variant covers for a while now. We saw their LEGO variant covers back in August. For March 2015, DC reached out to the big screen for inspiration – and a bit of tongue-in-cheek humor. 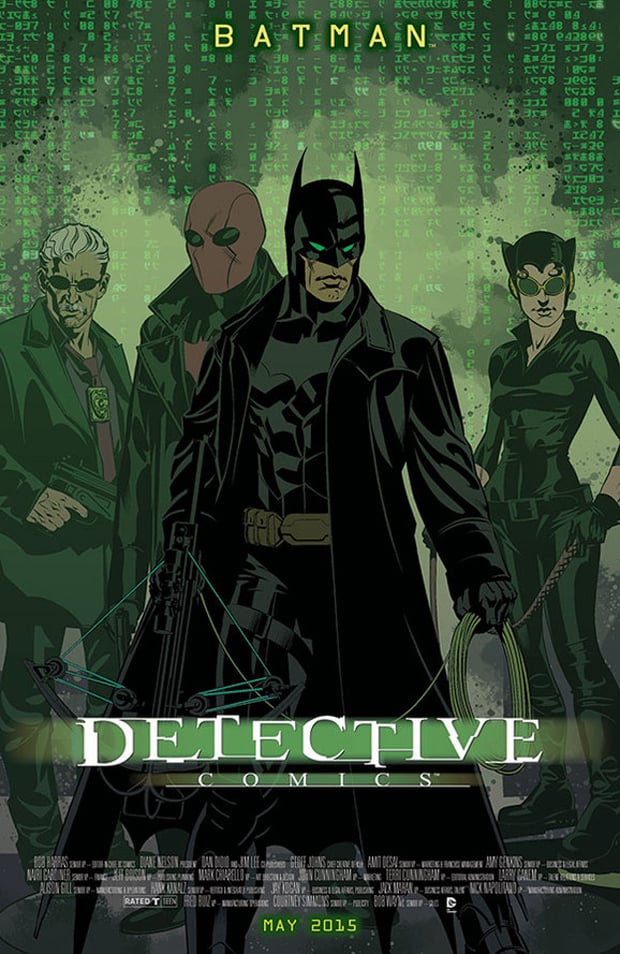 These 22 variant covers were inspired by classic Warner Bros. movie posters. The Detective Comics variant cover shown above is of course based on The Matrix. Some of the other covers won’t be as familiar to younger folks. Fortunately Redditor Ian Mazgelis shared this Imgur gallery that compares the variant covers with the actual posters that inspired them.

There are so many outstanding combinations there, from Aquaman and Free Willy to Batgirl and freakin’ Purple Rain. There should be a The Brave and the Bold-style DC all star cartoon series where all of these silly crossovers happen.