This is the Equinox Snowcoach. It’s a little $2,000 suppository that’s meant to keep its passengers safe and protected from the elements while being towed by a truck or ATV. As a finished concept, I think it’s fairly cool, but I certainly have about a billion other things I’d rather drop two Gs on. 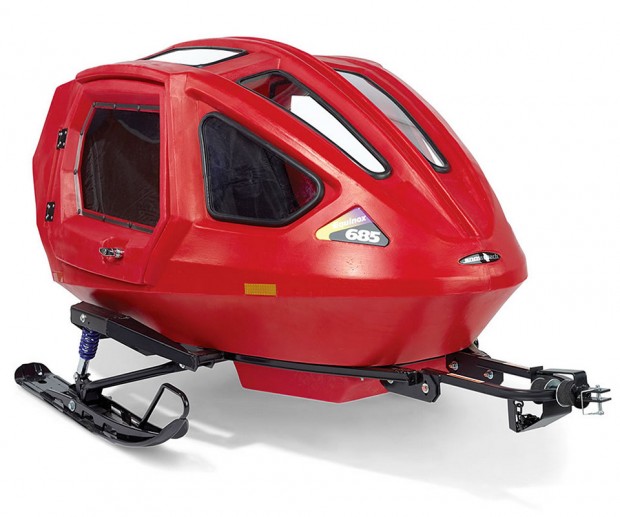 As a platform for modifications, I think it’s brilliant. One could steal the drive train of a snowmobile and turn this into a cold-weather pod racer thing. Alternatively, I’m imagining a pair of skis up front that can be controlled by a driver in order to steer, turning this into an insane, downhill skiing pod. Can I put a sail on top of it and make it the only racing sloop designed for frozen lakes? 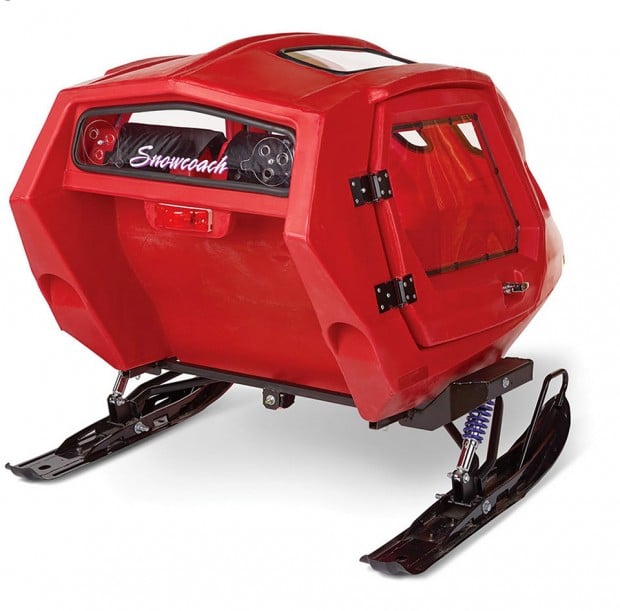 I’m sure there are a million other insane ideas as to what we could build with this thing. What do you want to do to it? Helicopter gunship? Rocket-propelled drag racer? 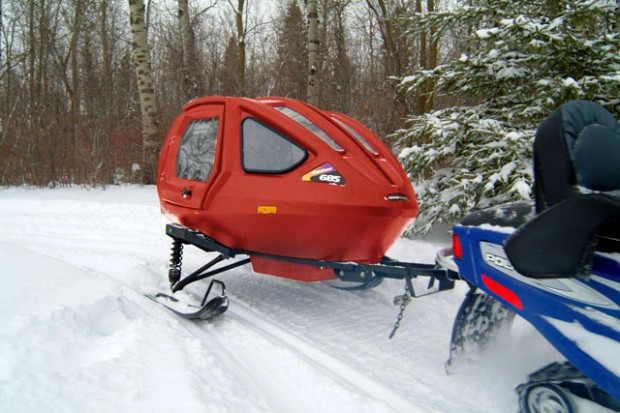