This is a Batman cowl replica like you have never seen before. It’s a 1:1 scale copy of Bruce Wayne’s head that actually lights up. So it is a bust and a lamp, making it a very weird, yet very cool collectible. 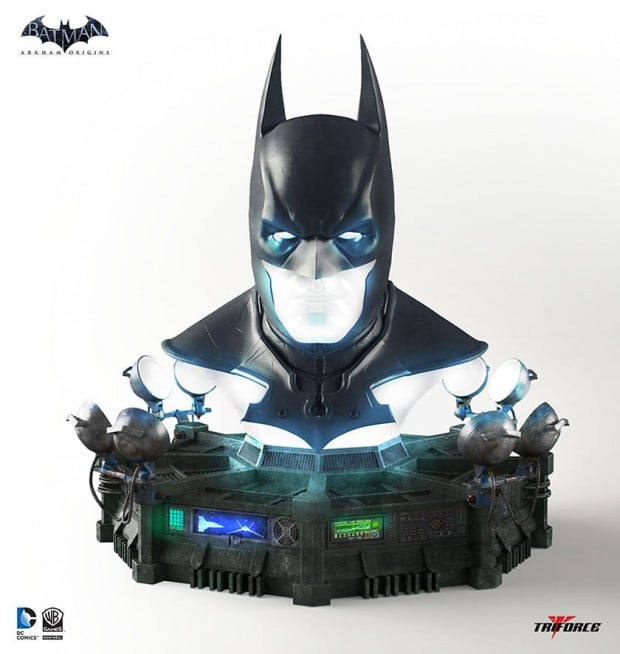 This replica from Triforce is full-scale and weighs 35lbs. It is based on the cowl design from the video game Batman: Arkham Origins. It also packs in a lot of detail, like those little scratches all over the 26″ cowl. What stands out most is that crazy base. 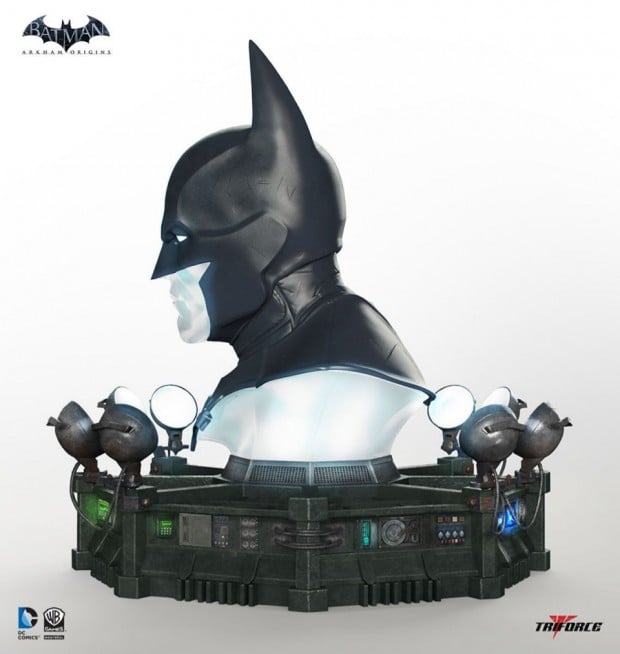 It looks like it is a shrine from the Batcave, with nine LED searchlights that shine up onto Batman’s head. It will be available in 2015 for $850(USD). Sounds totally worth it to own the best Batman lamp ever.