Pluggage Suitcase is for the Worldly Traveler

Traveling is all about having fun, touring, and shopping until it’s time to pack up and go home. It’s then that you have to deal with the hassle of cramming all those souvenirs you bought into your little ol’ suitcase. You’ll then have to weigh your bags, lock ’em up, and tie ribbons on the handles to make sure no one mistakes them for theirs.

At least you can forgo the weighing part with Delsey’s Pluggage. 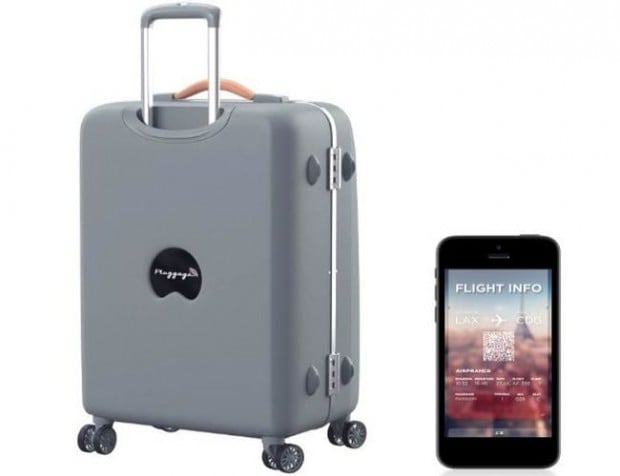 It’s a “smart” piece of luggage that comes with its own weighing scale, so you don’t have to bring one or borrow a scale from the concierge. It also comes with interior lighting so you can see the stuff you have or whatever it is you’re packing better. Pluggage also has an in-luggage battery charger for all your on-the-go charging needs.Two more notable features include a fingerprint scanner for security, and an integrated Bluetooth speaker. It can even alert you to when it’s on board the plane, so you can be sure that your suitcase hasn’t been left behind.

It’s currently just in prototype form, but you can find information about Pluggage here. Delsey is currently accepting user feedback as to which features to incorporate into a production model.