Wicked Lasers is known for creating crazy powerful consumer lasers, but there are some lines that even the company wouldn’t cross. But they’re going to help anyone crazy enough to realize its idea. It’s a concept for a laser-based replica of the crossguard lightsaber from Star Wars: The Force Awakens. 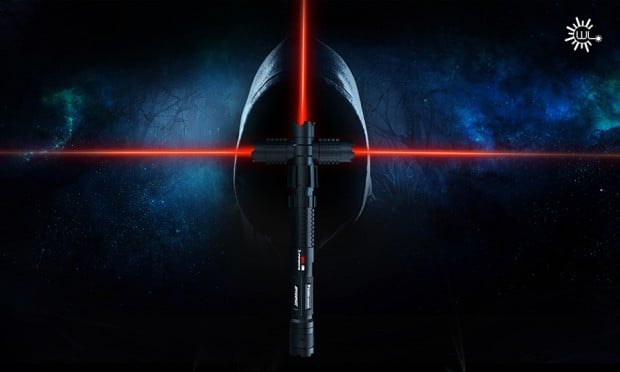 The concept calls for an aluminum adapter for its Spyder III Inferno laser. Inside the adapter are two 45º side-mounted front surface mirrors, which will divert parts of the laser to the two ports on either side of the adapter, creating the weaponized crossguard.

I’m no expert on lasers, but even I can tell how risky this device will be. The crossguard beams’ range will most likely be far beyond that of the plasma on the crossguard lightsaber. 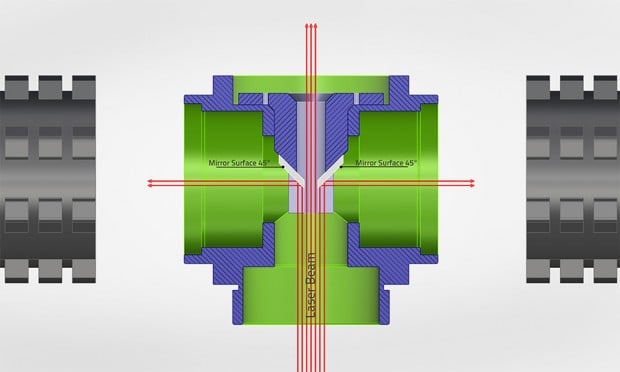 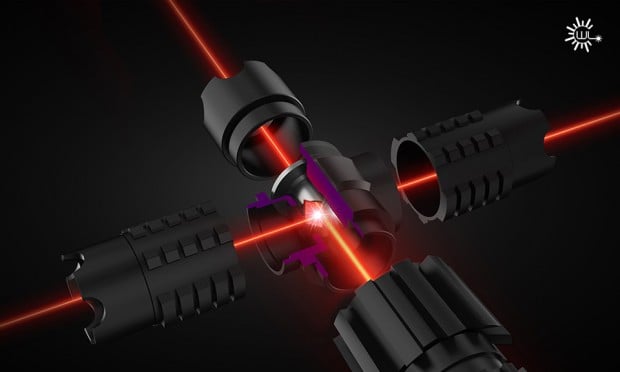 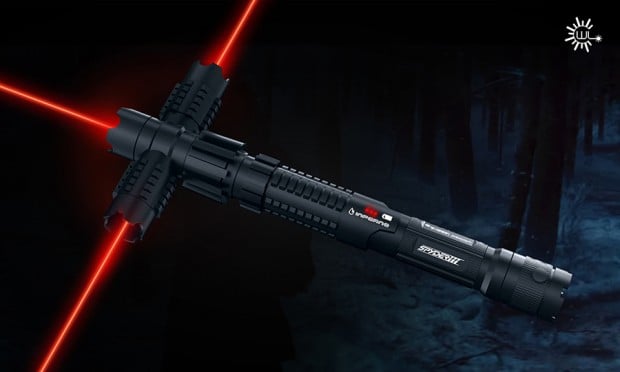 Colin Furze, Patrick Priebe and others with the balls and the safety gear to pull this off, immortality awaits. And possibly permanent blindness. Wicked Lasers’ 3D files for the housing are available on its website.

By the way, the company will no longer sell lasers stronger than 5mW to US customers starting next year, and it seems the company will soon stop producing those high caliber lasers. As a parting gift, it’s slashed 40% off the price of its lasers (except its Core line). Just enter “Final40” at checkout to get the discount.