I love Netflix, even though it has been a while since any new shows or movies I really want to see have landed there. I have tried to watch several of the Netflix originals, and so far, I haven’t really liked any of them. I am rather looking forward to the Daredevil series on Netflix, I really hope it doesn’t suck. 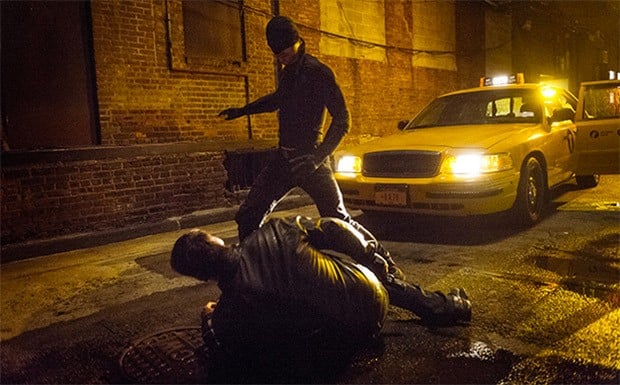 A still for the series has turned up at Entertainment Weekly and they don’t show a tight, fancy red costume like Ben Affleck rocked in the not-so-great big screen version of Daredevil. This image shows a simple black costume that reminds me more than a little of Wesley in Dread Pirate Roberts guise from The Princess Bride.

Who knows, this still may be the very early stages for Daredevil, perhaps he gets a fancy costume early in the series. I’m rather looking forward to this show.