If you want to be a cool granddad, make cool stuff for your grandchildren. Mine made me a waxed Captain America shield that protected me from water balloons, thrown dirt clods, and many other projectiles, as well as a tree house, and a ton of other stuff that kids love. Moreover, he’s more or less a Clint Eastwood character; when I went to visit him shortly after his 87th birthday he was climbing a tree while one-handing a running chainsaw upon my arrival. As such, the titles of “World’s Coolest Granddad” is taken. 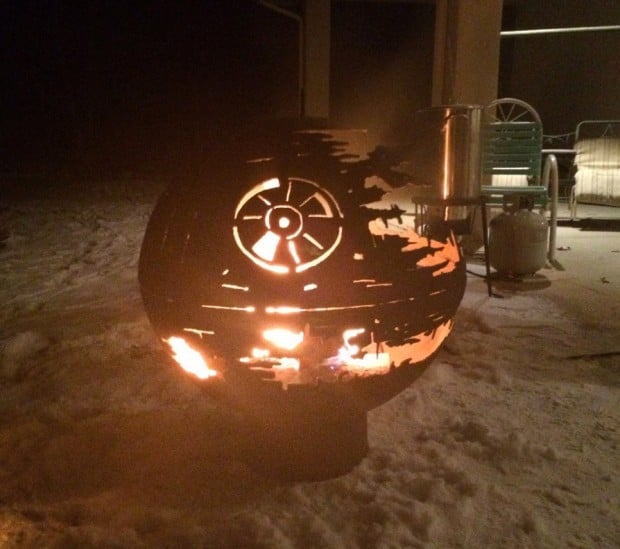 A different granddad has taken building cool stuff for his descendants to heart, and is now the runner-up for that prestigious title on account of this awesome Death Star fire pit. Redditor Bandia5309 just received this as a present and took to the web to show it off. We’re all thankful, and a bit jealous. Why couldn’t grandpa have also made a picture tutorial? 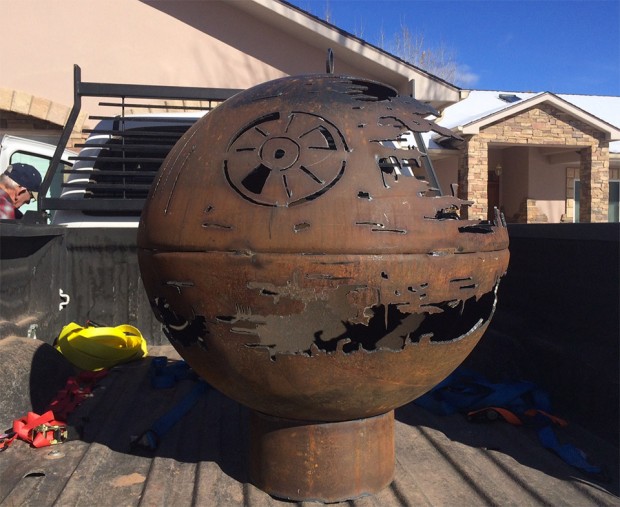