If you happen to be at the 2015 Consumer Electronics Show (CES) on January 6, drop by Empire Robotics‘ booth for a chance to challenge its robot to a game of beer pong. Spoiler Alert: it won’t miss. 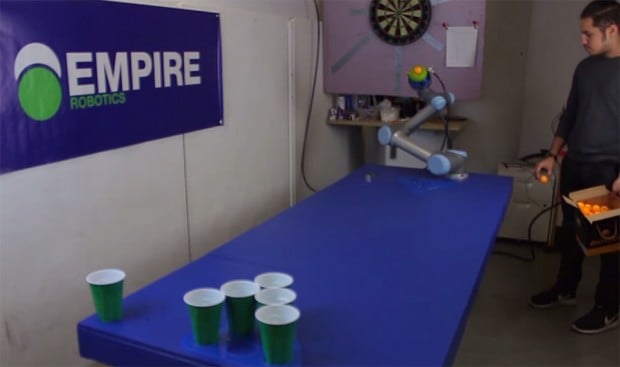 Empire Robotics is setting up the demo to show off the capabilities of Versaball, its robotic gripper. Instead of fingers, it has a ball filled with sand-like material. 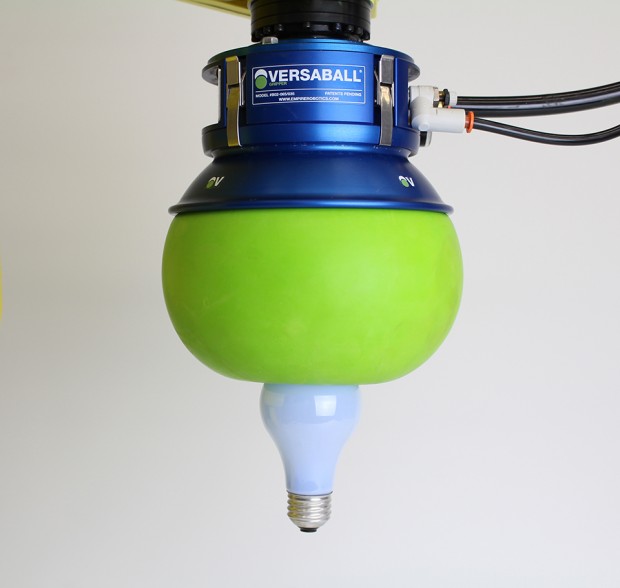 When the robot isn’t holding anything, air is pumped into the ball, loosening the grains inside. To grip an object, the air is sucked out of the ball. This causes the grains to compact around the object. This process is so precise that Versaball can grip delicate objects without crushing them.

Bring your “A” game, CES attendees.