Are you ready to watch a monster 17×17×17 Rubik’s cube get solved by some Mensa genius? Me too. Watch as Kenneth Brandon, a Rubik’s Cube pro, solves one of these giant cubes. Grab a snack and go pee because the full video is nearly 8 hours long. Me? I’ll just watch the time-lapse version. 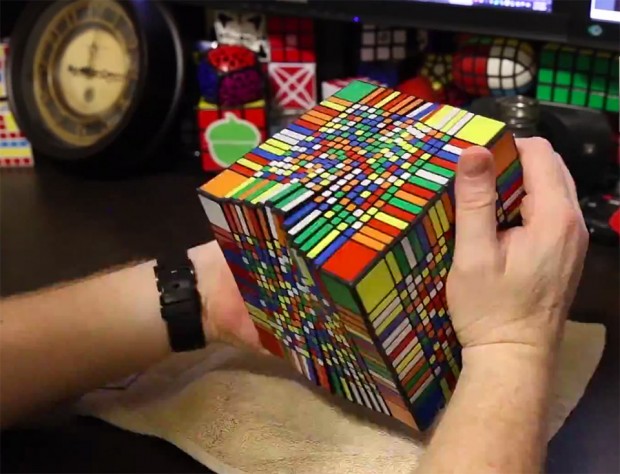 Way to make us all feel like stupid idiots Kenneth. Some of us struggle with tiny Rubik’s Cubes you know. I find it’s best to just pop the little pieces out and put them back in the solved position.

Maybe if I watch enough videos of other people solving them, I’ll be able to do it. Nah. I’ll leave it to Kenneth and the rest of his genius friends, while I play shooter games.

[via The Awesomer via The Verge via Geekologie]