We’ve seen retro console emulators based on the Raspberry Pi crammed inside a Game Boy and a Game Boy Pocket’s body. Bacman forum member Frostedfires wanted to use the Game Boy Advance SP’s case, but the Pi wouldn’t fit inside it. So he used a small Raspberry Pi clone called the Odroid W instead. 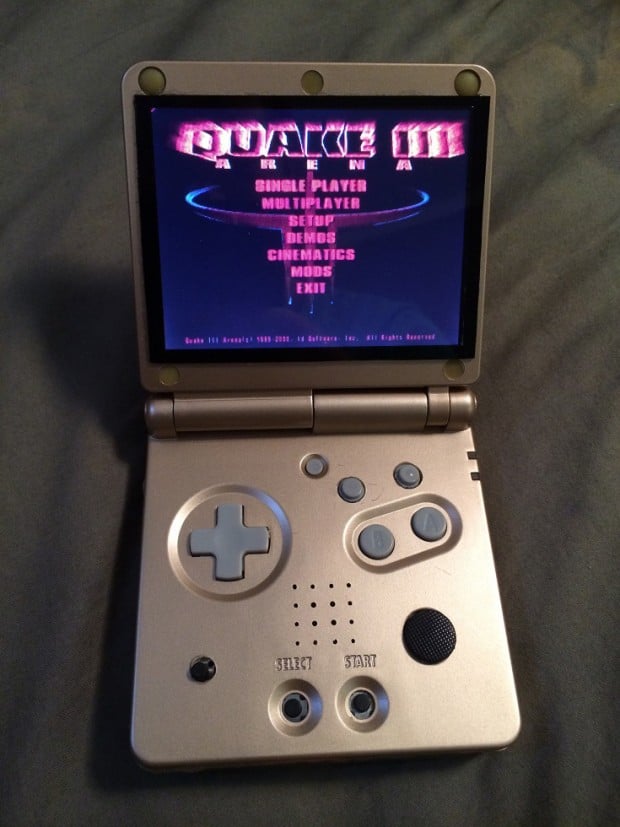 It’s not a polished casemod, but it does what it was made to do. Head to Frostedfires’ threads’ on the Bacman forums to check out his build log and images of the Pi SP.