Amazing R/C Batman Tumbler: Where Does He Get All Those Wonderful Toys?

Batman’s Tumbler began with Batman Begins and since then there have been many versions in toy form. This new 6-inch scale kit from Soap Studio is one of the coolest. No, it is the best ever! It showed up at Toy Soul 2014 last month and it packs a ton of cool features. 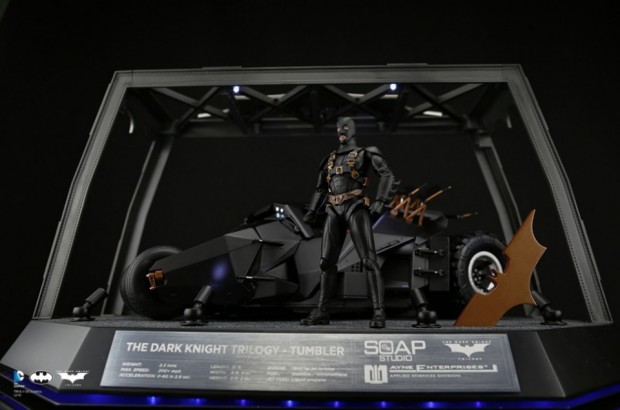 This 1/12 scale model is fully controllable as an R/C vehicle using an iOS or Android App, and you can also use the remote control to control the LEDs of the Tumbler. You can open and close the cockpit, even move the spoilers. If you want you can even use the turbo boost, which has accompanying sounds and lights from the movie. It will speed things up by about 30%. Are you sold yet? Me too. But there’s more. 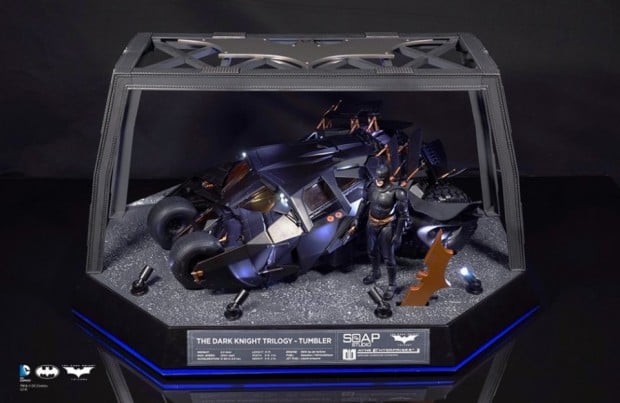 It also has a voice intercom and you can access a 480p camera embedded in the vehicle to record footage in normal or in night-vision mode and take pictures. It can also record a path and follow it. It comes with the base you see here, with LEDs to light up Batman and the Tumbler for display. That batarang in the base is the wireless remote for the display lights. I want this soooooo bad! 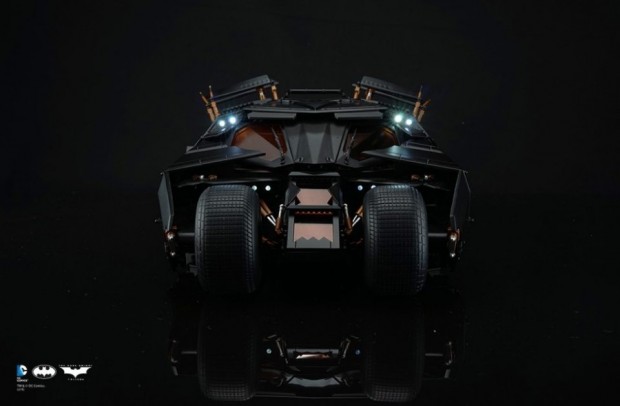 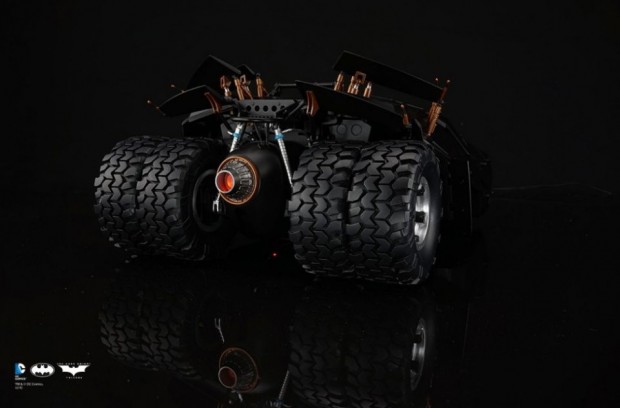 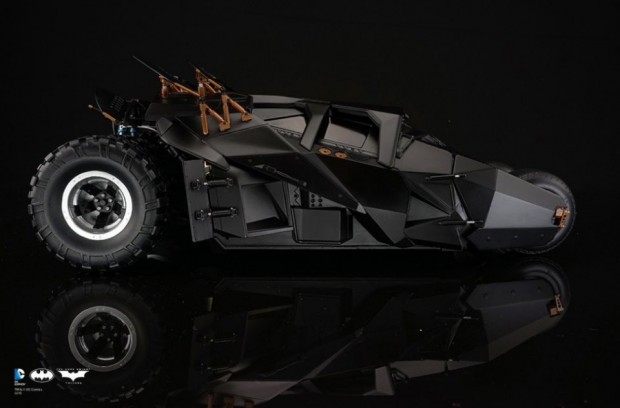 This Deluxe Tumbler is available now from Soap Studio’s website, but brace yourself. It costs HK$4,980, which is about $642(USD). If that is too much, you can get a version that’s just the Tumbler, without Batman or the display base, for $513(USD).

[via The Fwoosh via io9]