NASA and Bear Grylls have proven that it’s possible to drink pee. If Janicki Industries has its way, someday we’ll be drinking water from poop and other waste materials too. Its OmniProcessor impressed no less than Microsoft co-founder and philanthropist Bill Gates, who even drank some of the poop-sourced water. 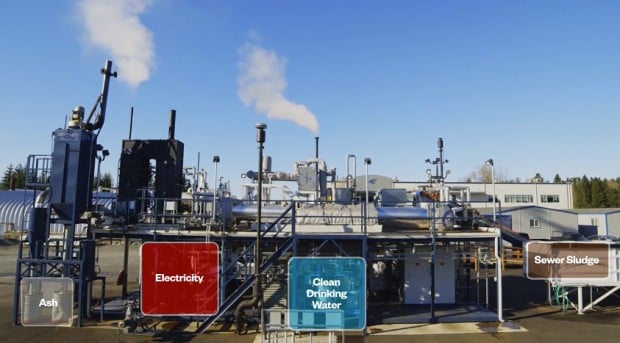 According to Gates, sewage treatment facilities usually burn or bury waste. But Janicki’s OmniProcessor can turn sewer sludge into clean drinking water. Not only that, it uses the same sludge to power a generator, creating electricity to run itself with excess kilowatts to spare. It also converts some of the sewage into ash that can be sold as fertilizer.

Gates said the next version of the OmniProcessor “will handle waste from 100,000 people, producing up to 86,000 liters of potable water a day and a net 250 kw of electricity.” Check out his blog for more on this miracle machine.