I don’t think smartwatches are as useful as they’re cracked up to be, but I also didn’t expect that they could be another way to express one’s geekiness. That’s all thanks to user made skins for Android watches, like njdom24’s sweet Codec skin. Here’s the skin on Skittleguy’s Moto 360. 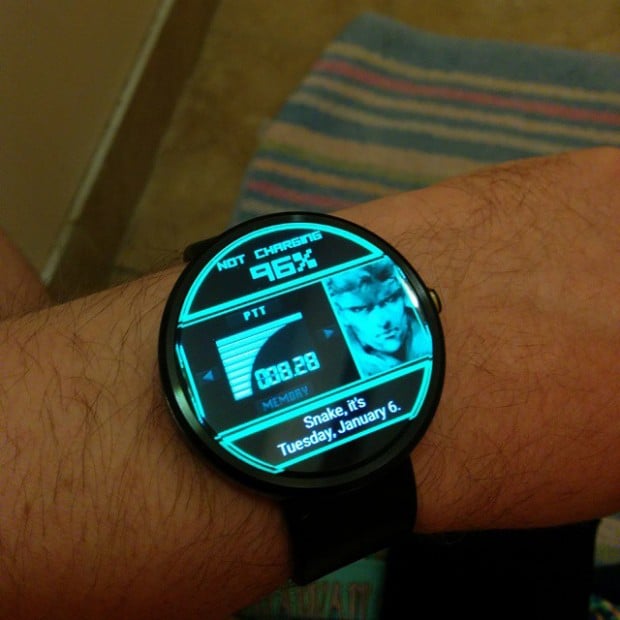 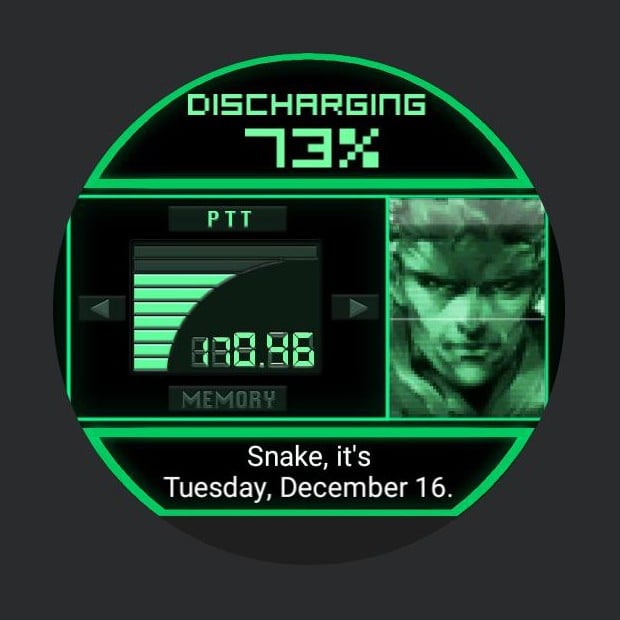 I miss the Select button. Call Otacon and download the skin on FaceRepo.