We have seen some crazy folks waiting in lines at Apple stores around the world when new iPhones are launching. Sometimes there are hundreds of folks in these lines. Recently in Japan, one Apple Store offered up some items called “Lucky Bags” that are more in line with what we would call grab bags here in the States. In other words, it’s a bag you buy for little money that might have something of value inside. 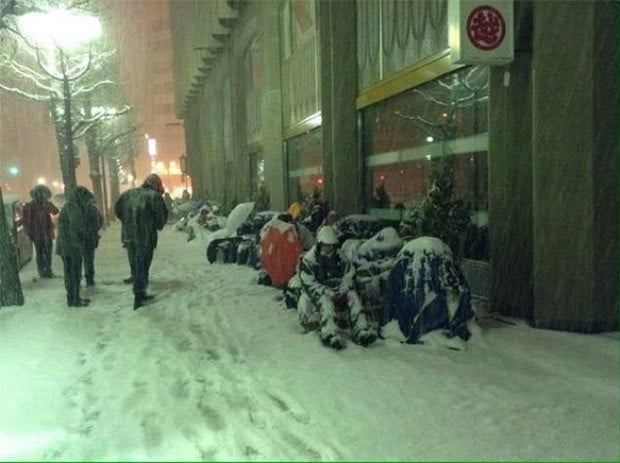 The Apple Store Lucky Bags are known for being very good deals for some folks. The bags have in the past had MacBook Airs, iPads, and other valuable items inside. They sell for about $300. When the Apple store in Sapporo, Japan announced that the bags would go on sale, lots of geeks showed up and got in line. Things started out cold, but got much worse. 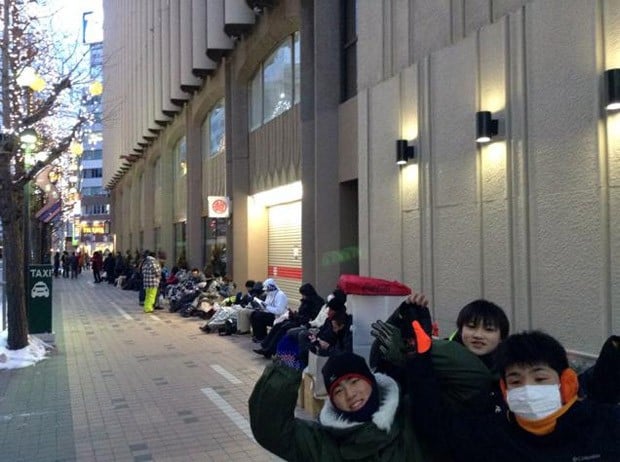 These folks were sitting in line huddled in the snow by the end of the day just for the chance of landing a Lucky Bag with some goodies inside. At least the Apple Store workers rolled out hot cans of corn soup for the people waiting in line. Apparently, the worst of the Lucky Bags came packed with an iPod touch and some other trinkets, while the best ones had an iPad Air 2 or an MacBook Air. Would you wait in the snow for hours for a grab bag full of Apple gear?