One thing the Xbox One has over the PS4 is that Microsoft’s console can use external USB drives to store game data. You can upgrade the PS4’s internal drive, but it only has room for 2.5″ drives. Thankfully PS4 users will soon be able to use 3.5″ drives with Sony’s console, via the Nyko PS4 Data Bank. 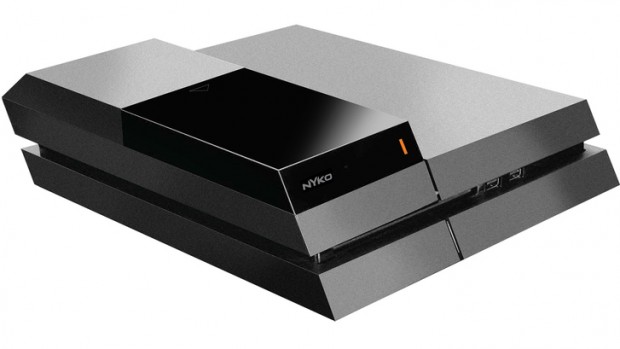 The PS4 Data Bank takes over the space of the PS4’s faceplate and drive bay. It comes with an adapter that connects to the PS4’s power input, so you don’t need to plug it into an outlet. Here’s a brief demo of the add on courtesy of IGN:

In case you didn’t watch the video, Nyko told IGN that the PS4 Data Bank will be released on the 2nd quarter of this year for around $30 to $40 (USD). If only Nyko can increase my Internet connection’s speed as well so I can go beyond dreaming of downloading a full game.