Here’s a fun project from Al Linke, the creator of the PIXEL. He used the board that he made for his pixel art LED frame to turn an LED matrix into a comically huge and interactive jewelry, which he affectionately calls the iBling. 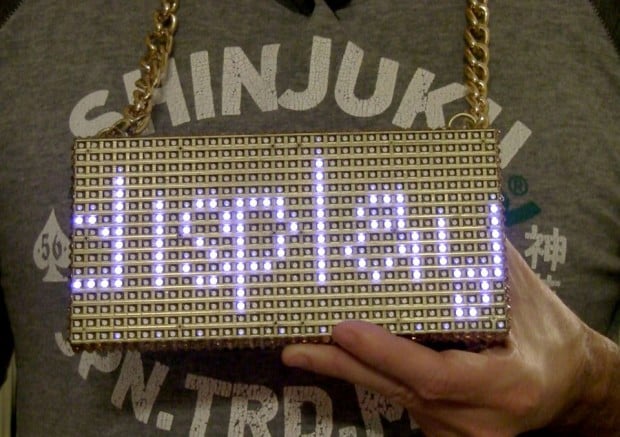 Al flashed a low power firmware on the PIXEL board then wired it to a 16×32 LED matrix. He used a 2,000 mAh battery as a power source, which should last up to 7 hours per use. Then he pimped out the iBling with gold spray paint, a fake gold chain and some Swarovski crystals. Like the PIXEL, Al can use his Android phone to display text or images on the iBling.

Here’s a fun commercial that Al made for the iBling. Note the even bigger iBling on Al.

SHABBA! Head to Instructables like you’re Shab, Shabba Ranks for more on the iBling.